Graphic: Whatever it takes, Part 2? - Five questions for the ECB - British Herald

Graphic: Whatever it takes, Part 2? – Five questions for the ECB 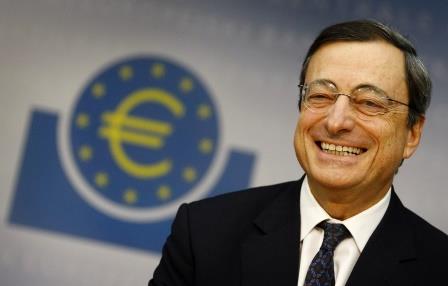 LONDON (Reuters) – Just a month after the European Central Bank halted plans to normalise policy and delayed a rate increase into 2020, further signs of weakness in the economy and a whiff of panic among investors is putting the central bank back in the spotlight.

No policy changes are expected at Wednesday’s ECB meeting, especially since some board members are travelling to Washington for the International Monetary Fund’s spring meetings.

But talk of tiered rates to ease pressure on banks, global recession fears and a sense of alarm that pushed 10-year German bond yields below zero percent for the first time since 2016 suggest the ECB news conference may prove lively.

We look at five key questions on the radar for markets:

1. How close is the ECB to action to offset the impact of negative interest rates on banks?

A debate on whether to “tier” the negative interest rates that banks pay on the idle cash they park at the ECB is now underway, judging by recent ECB comments and the minutes from the March meeting.

“It’s not an obvious next step, but one that the ECB will have to face at some point,” said James Rossiter, senior global strategist at TD Securities. “We don’t expect anything official in the ECB’s statement, but it will be difficult for (ECB chief Mario) Draghi to avoid questions on this.”

Dutch central bank Governor Klaas Knot has said he would need to see clear evidence that negative rates were hurting lending to the real economy. ECB Vice President Luis de Guindos said last week that while the bank is studying ways to cut its charge on banks’ deposits, euro zone lenders should look closer to home for the causes of their meagre profits.

The debate is important because if the ECB introduces tiered rates, that might suggest it is preparing to keep interest rates low, below zero percent, for longer than anticipated. No surprise then, that money markets have scaled back expectations of a rate rise and even started to factor in the risk of a rate cut this year.

2. What about TLTRO III, can we expect more details?

In March, the ECB offered some details of what TLTRO III will look like: the loans will have a two-year maturity and be offered on a quarterly basis from September until March 2021.

The ECB’s March meeting minutes showed the bank is still ironing out details.

Key questions for investors now are what interest the banks will have to pay on the loans and where the funds can be deployed. Barclays analysts, for example, expect banks will be given an incentive to take up the loans through better borrowing rates than the main refinancing operations (MRO), which provide the bulk of liquidity to the euro zone banking system.

Euro zone bank stocks and government bonds are sensitive to any TLTRO news. Yields on short-dated Southern European bonds have dropped, suggesting investors expect Italian banks in particular to take up the loans.

3. Does the ECB see any green shoots for the economy?

Germany’s leading economic institutes last week slashed their 2019 forecast for growth in Europe’s biggest economy and warned growth might be even lower if there is a no-deal Brexit.

Not all the data have been bad, and economists point out a pick-up in data from China — the world’s number two economy — and signs of strength from the euro zone services sector.

4. How concerned is the ECB that ultra-loose policy has failed to lift inflation expectations?

Draghi has long predicted a rise in underlying inflation, only for the data to disappoint him and force the ECB to ask for even more time to lift prices.

A closely watched underlying inflation figure that excludes volatile food and energy prices slowed to 1.0 percent in March, its weakest reading since April 2018.

Economists note the timing of Easter distorts the inflation numbers and that the April data should prove more encouraging.

“It might not feel or look like it, but inflation has been delayed rather than derailed,” said Jefferies senior European economist Marchel Alexandrovich.

5. Is the ECB ready for a no-deal Brexit?

Draghi told European Union leaders recently that the ECB, the Bank of England and the European Commission have made all the necessary preparations for a no-deal Brexit, according to a recent report.

But Draghi and other officials have also stressed that markets are not fully pricing in the risk of Britain’s exit from the EU without a deal — a warning the ECB chief may repeat this week.

Any clarity on Brexit is likely to be met with relief by investors and boost sentiment. The ECB is no doubt paying close attention. 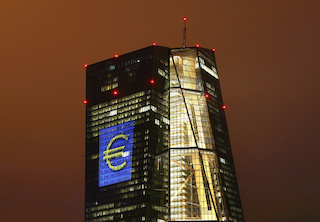 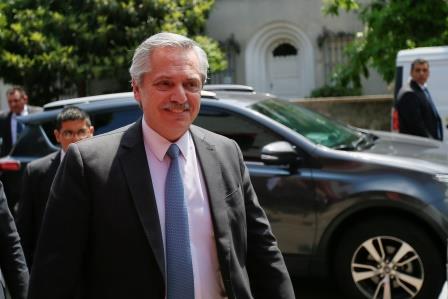 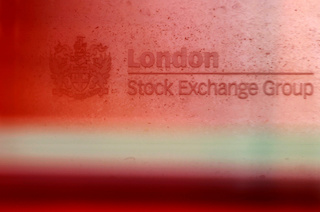