FRANKFURT – Police broke up a protest by about 100 environmental activists on Sunday at the site of the yet-to-be commissioned Datteln 4 coal-fired power plant in western Germany, but the protesters said they planned further demonstrations.

The Ende Gelaende movement behind the protest against carbon emissions from coal burning said its members had occupied the site for nine hours, blocking conveyor belts that will carry coal to the plant’s boilers, before police cleared the site.

The group said its protests would continue, however. In a statement, it likened them to the occupation of utility RWE’s Hambach forest lignite mining and burning site last year, which led to a mining stoppage and made the facility a symbol of anti-coal protest.

“We celebrate today’s demonstration as a big success. And this was just the beginning. We will fight against Datteln 4 as we did against Hambach forest,” said Daniel Hofinger, a spokesman for the group.

Protesters wore orange overalls and face masks and held up banners saying “Exit Coal Now” and “Your 20-Year Profits instead of Our Future”.

Datteln 4, a modern hard coal plant that has cost operator utility Uniper 1.5 billion euros, was exempted from a national plan to exit from coal power by 2038 that was approved by Chancellor Angela Merkel’s cabinet last month.

Uniper argued successfully that it would make more sense to shut additional old coal capacity with high CO2 emissions to clear the way for its state-of-the art Datteln facility to operate into the 2030s, even if that would be well below a usual 40-year life span.

Environmentalists have criticised the compromise, saying the government lacked ambition and allowed coal operators to get off lightly. 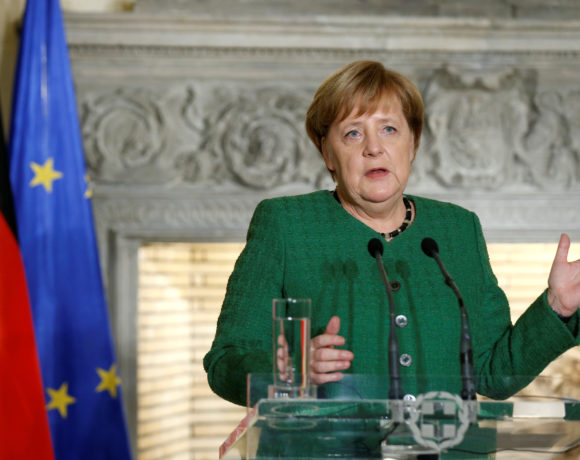