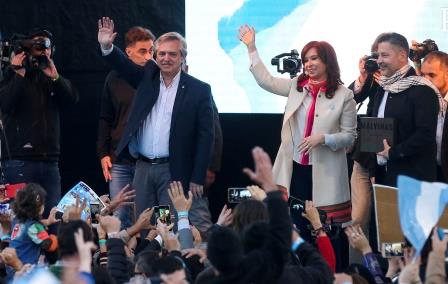 BUENOS AIRES (Reuters) – Argentine Peronist Alberto Fernandez bid to run for president with ex-president Cristina Fernandez as his running mate would come close to clinching victory in a first round vote, according to a poll published on Sunday by local left-leaning newspaper Pagina 12.

The Pagina 12 newspaper, which has close ties to the wing of the Peronist party that favours Cristina Fernandez, said the results suggest the Fernandez-Fernandez ticket could take the election in the first round.

The poll, conducted by consultancy CEOP, comes one week after Cristina Fernandez de Kirchner  a former president who has an ardent support base but a chilly relationship with investors &ndash; announced she would run as vice president alongside the more moderate Alberto Fernandez, a veteran political operator who has both backed and criticized her in the past. They are not related.

According to the poll, the Fernandez-Fernandez ticket would nab 39.3 percent of the Oct. 27 first round vote, while incumbent President Mauricio Macri, who is seeking reelection, would receive 29.7 percent.

To avoid a run-off vote in Argentina, a candidate must take at least 45 percent of the first round vote, or a minimum of 40 percent of the vote but win by at least a 10 percentage point margin.

Cristina Fernandez de Kirchner’s decision to run with the more moderate Alberto Fernandez was a surprise move by the firebrand former leader, who had been widely expected to be the main challenger to President Mauricio Macri.

Economists said the move could temper the self-styled populist’s more contentious policies, even as many saw it as a clever ploy to return to power after struggling to win over the more moderate wing of the broad Peronist opposition.

According to Pagina 12 newspaper, the poll published on Sunday was based on 1,000 telephone interviews conducted throughout Argentina. 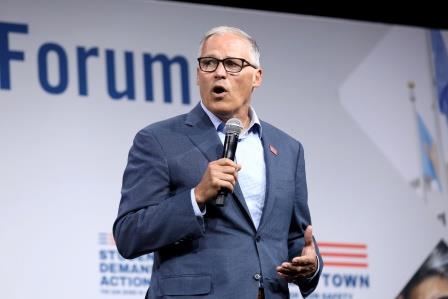 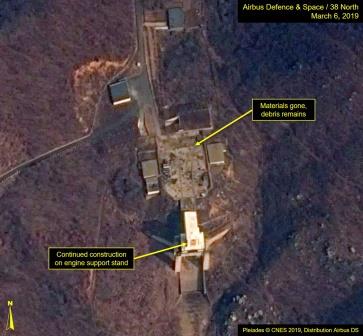 Trump says he would be disappointed if North Korea resumed testing 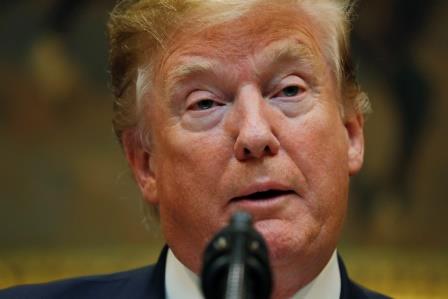