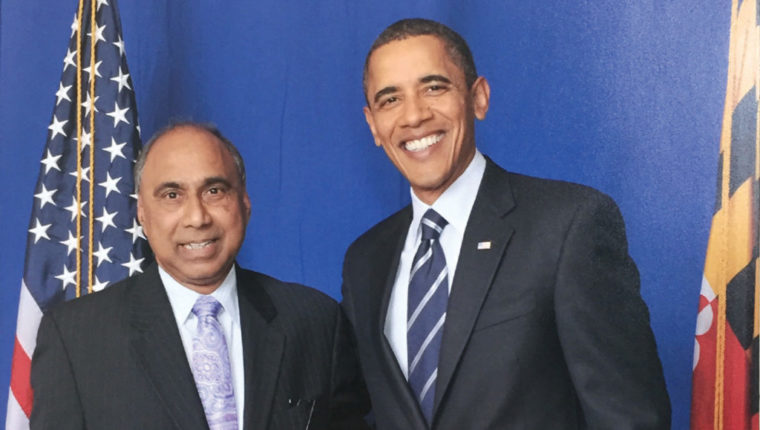 “To whom much is given, much is expected.” John F. Kennedy’s words are exemplified by Dr. Frank Fakhrul Islam, the dynamic entrepreneur, thought leader, writer and philanthropist, who is an inspiration to countless youth and entrepreneurs in his native India and his adopted homeland, the United States of America.

Frank is the Head of the FI Investment Group LLC (FIIG), an investment firm he established in 2007 after he sold the QSS Group, his information technology firm, to Perot Systems. As the Chairman and CEO of FIIG, he provides direction to and oversees the company’s multi-faceted activities.

In addition to being an entrepreneur, Frank is a civil rights advocate, author, TV host, art connoisseur, thought leader and political activist. He serves on the board of many public and civic bodies; has created a foundation for funding education, the arts and culture; has been recognized by numerous organizations for personal, professional, and public achievements; and has authored books on critical issues that will shape America’s present and future.

Frank was a major contributor to Barack Obama’s and Hillary Clinton’s Presidential campaigns and is considered an influential voice of American Muslims in America.

Despite achieving substantial success, Frank has chosen a life that is grounded in his roots. He often reminisces about his beginnings and marvels at his journey so far.

His achievements have strengthened his belief in hard work and kindness. Education, enterprise, risk-taking and social responsibility are values that Frank practices and preaches.

When asked the reasons behind his rise, Frank says, “If someone is listening to me I always tell them that ‘you need to aim high, you need to work hard, and always pursue your dreams’.

Frequently, I find myself in situations where a young person asks me, ‘Can I make it?’ I respond, “Yes. If you aim high, work hard, and pursue your dreams you can make the impossible as possible and achieve what might seem unachievable.”

Frank’s story is a quintessential rag to riches journey that began in a dusty village in Azamgarh, a sleepy town in Uttar Pradesh, India. He was born in 1953 as Fakhrul Islam in a religious family with a middle-class background. He completed his high school education in the holy town of Varanasi and went on Aligarh Muslim University (AMU), an institution he reveres and calls “a great influence in my life, my story, and my journey.”

The time that Dr. Frank spent in AMU did more than just equip him with knowledge and education; it also shaped his strong belief in the value of education. He asserts education is a powerful equalizer that uplifts people’s souls and gives them not only knowledge, skills and abilities but also dignity and hope.

Barack Obama, the former President of United States of America, with whom Dr. Frank has associated with supports his views on the topic. President Obama said “Education will be the currency of the 21st century. Education… frees the human mind from the shackles of ignorance.”

Frank left AMU to immigrate to the United States to continue his education and prepare for his career. He entered the University of Colorado in Boulder and got his Bachelor and Master’s degrees in Computer Science from there.

Recalling his struggle to fit into American society, Frank feels his differences never bogged him down. He has nothing but the greatest gratitude to the country that gave him opportunities to excel and become the person that he is now.

At the same time, he feels a compelling need to serve his motherland. Frank feels that poverty in India – especially among the Muslim minorities – can be eliminated if and only if disadvantaged youth can get an education.

To this end, he has established a school in Azamgarh in the memory of his mother. He hopes to build a fine college and university there someday as well, much like his alma mater of AMU to which he donated USD 2 million to help establish the Frank & Debbie Islam Management Complex.

Frank has given back to his hometown and India in other ways. Through his various foundations, Frank funds the education of many youngsters from Azamgarh who are studying at AMU. He has also brought several students from AMU to the United States and helped them to get good jobs.

Frank says, “It is my fondest hope, and my deepest desire, to help those who are so voiceless. The conditions that they live – especially in Azamgarh and Aligarh – breaks my heart I want them to have the hope, the aspirations and the dreams.”

Because of his dedication and philanthropic works in the field of education and providing support to the students, Frank Islam was awarded an honorary Doctor of Science degree from Aligarh Muslim University in 2016.

During his acceptance speech for the degree, Frank commented on the fact that Aligarh Muslim University provided him with the education he needed to succeed and that he owes his success to his alma mater. The education and values he received from AMU always stayed with him when he explored new avenues in the United States.

After completing his education, Frank worked for a few IT companies starting his career like most people. It was while working in those jobs that he gained the experience to pursue his lifetime goal of becoming an entrepreneur and running his own business. Late in 1994, he decided to establish the QSS Group with just $500 in his pocket.

Frank describes the transition period from employee to an entrepreneur as a dark, desperate period. He had no investors, no insurance, and no fall-back plan. He had taken a huge risk that could pivot either way.

But, he combated negative apprehensions with optimism, ingenuity and creativity. Frank feels it’s always better to take calculated risks in business rather than to hold back for fear of failure.

He worked hard and built the business from 1 employee (himself) to 3000 employees and was able to generate revenues worth $300 million per year in a span of only 13 years. In 2007, he sold the company for more than $250 million.

Frank was an active participant in the fields of Information Technology, Aerospace Engineering Services and Systems Integration for more than 25 years. During that tenure, he was recognized for his IT achievements receiving multiple awards including the Ernst and Young Award as Maryland Entrepreneur of the Year in 1999, and The U.S. Small Business Administration award as the Small Business Person of the Year in the Washington D.C. Metropolitan Area in 2001. 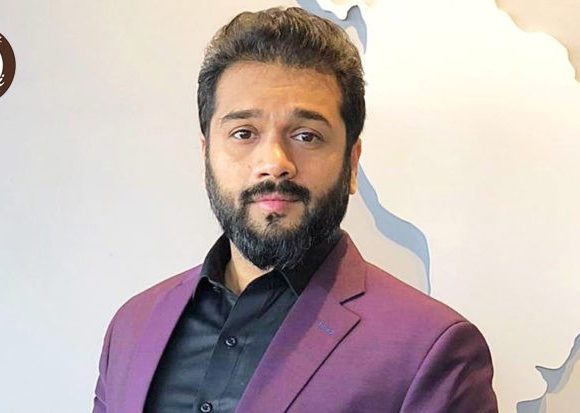 Business over a cup of Chai: The Tea Tale of an Entrepreneur 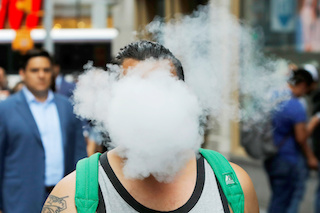 When COP gets it right: Cauvery Calling and the fight to save tropical rivers