Dollar continue to make steady after hitting near seven-week lows 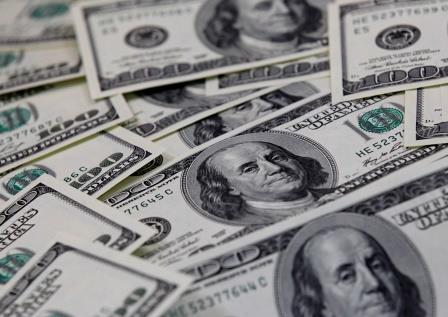 LONDON (UK) – The dollar steadied in the European session, after striking its lowest in nearly seven weeks during the Asian session. It was led by optimism regarding the pace of vaccine rollout in Europe. US Treasury yields continue to be below their March spikes.

The dollar has fallen so far in April as US bond yields retreated from the 14-month highs touched last month. The moves are a reverse of what happened in the first quarter of the year, when the dollar strengthened as U.S. Treasury yields rose, offering higher returns on the greenback.

Commerzbank strategist You-Na Park-Heger wrote in a note to clients that the recent fall in the dollar is due to the US Federal Reserve’s reassuring the market that it will not end its monetary stimulus anytime soon, while an improving vaccine situation in Europe is supporting the euro. But she said that the situation could rapidly change.

“The economic recovery in the US might drive up inflation expectations further, fuelling rate hike speculation. The news situation in the euro zone in connection with corona might change again as uncertainty remains high,” she said.

Some analysts said the support for the euro likely came from the announcement that the European Union has secured an additional 100 million doses of COVID-19 vaccine by BioNTech and Pfizer.

Global markets turned more cautious during the session, with Wall Street futures slipping as investors turned to results from Netflix and other major technology-related companies this week to sustain the positive start to the earnings season.

“I wouldn’t be surprised if US equities back off a bit more this afternoon, euro-dollar goes under $1.20 for a bit … just because this has now been quite a quick move, to here,” said Kit Juckes, head of FX strategy at Societe Generale.

“USD/JPY is one G10 currency pair which has still not fully retraced the move higher from March when it started the month trading closer to the 106.00-level,” Lee Hardman, currency analyst at MUFG, said in a note to clients.

The Australian dollar strengthened to a one-month high of 0.7816, helped by minutes from the Reserve Bank of Australia’s April meeting, which showed the central bank expects a faster rebound from the pandemic.

Oil prices edged higher on Monday, supported by a weaker U.S. dollar but gains were capped by concerns about the impact on demand from rising coronavirus cases in India. 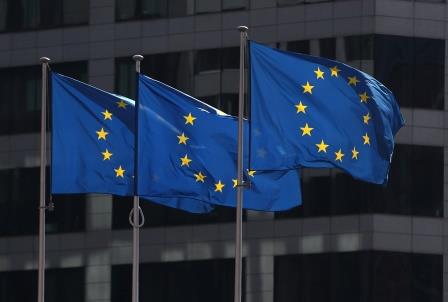 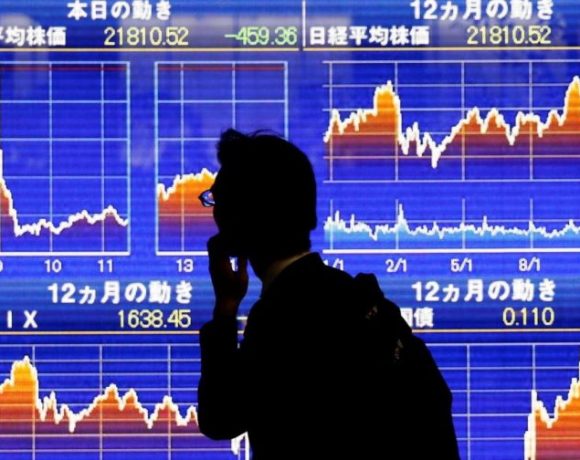 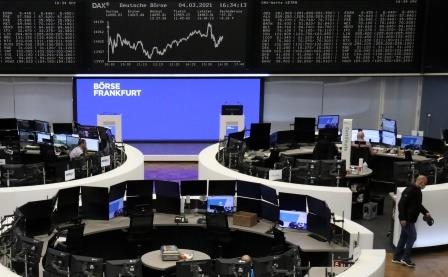 European equities plunge owing to rise in US bonds