Cowboys’ Trevon Diggs Is Among the N.F.L.’s Breakout Stars 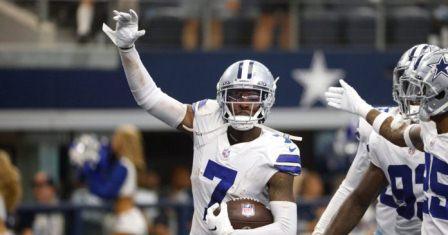 Cornerbacks typically endure miserable rookie seasons: The receivers they cover are bigger, faster and craftier than the ones they faced in college, while quarterbacks are quick to exploit their every blunder. But Trevon Diggs’s rookie season with the Dallas Cowboys was especially dreadful. The University of Alabama standout and second-round draft pick allowed easy touchdowns, whiffed on multiple tackles and often looked as though he wasn’t certain of his assignments.

One year later, Diggs leads the N.F.L. with six interceptions. He has intercepted at least one pass in every game this season.

Experience is not the only reason for Diggs’s improvement. The entire Cowboys defense played as though it spent the 2020 off-season that was disrupted by Covid-19 with its Zoom cameras turned off, defensive coordinator Mike Nolan muted in one browser window and Minecraft going in the other one. The Cowboys defense still gives up lots of yardage now that Dan Quinn has replaced Nolan and normal practice routines have returned, but at least everyone knows where to line up, and Diggs’s turnovers have helped Dallas start the season 4-1.

He is one of several N.F.L. players enjoying breakout campaigns in 2021.

In 2013, he left the University of Tennessee with a bingo card of scouting combine measurables. The 6-foot-2, 217-pound receiver with a 4.42-second 40-yard dash time was drafted 29th overall by the Minnesota Vikings, who then spent four years making halfhearted efforts to integrate such a size-plus-speed marvel into their offense. That’s not all that unusual: Thor himself could show up at some training camps and the coaches would say: “Gosh, there’s no role in our scheme for a demigod. Do you know any lumbering tight ends?”

Patterson is tied for the N.F.L. record with eight career kickoff return touchdowns. But over 60 percent of kickoffs began to result in touchbacks, so his services were not in high demand. He bounced from the Vikings to the Oakland Raiders, New England Patriots and Chicago Bears, earning All-Pro notice as a returner three times but seeing little more than spot duty in their offenses.

This season, Patterson finally landed with the Atlanta Falcons, a team desperate enough to attempt a zany strategy: feeding handoffs and short passes to the player who has made a career out of scoring 100-yard touchdowns. Patterson averages 93.6 yards from scrimmage per game this season and has scored five touchdowns. The rebuilding Falcons are just 2-3, but Patterson’s emergence is among the few factors keeping the team competitive.

The 5-foot-7, 185-pound Moore hardly fits the N.F.L. prototype. He is speedy and elusive, of course, but he suffered through two injury-shortened seasons after catching 114 passes as a freshman at Purdue in 2018. N.F.L. teams are typically wary of tiny athletes with long injury histories, but the Cardinals believe that conventional wisdom is for squares, so they selected Moore in the second round of April’s draft.

Moore might have been typecast as a little-used gadget specialist on other teams, but Cardinals Coach Kliff Kingsbury loves gadgets. Moore motions all over the formation in Kingsbury’s unpredictable offense, catching screen passes and taking misdirection handoffs. Per Pro Football Reference, Moore ranks third in the league with 222 yards after the catch on 21 receptions, and he is averaging 8.3 yards per rush.

With Moore weaving through defenders after catching short tosses from the 5-foot-10 quarterback Kyler Murray, Cardinals games sometimes look like Take Your Child to Work Day. But the Cardinals are 5-0, so the kids must be all right.

James finished third in the Defensive Rookie of the Year Award balloting for 2018, when he recorded three interceptions and 3.5 sacks as a versatile safety, edge rusher and run stuffer for the Chargers.

Then came the injuries: A fractured foot erased most of James’s 2019 season, a meniscus tear all of 2020. The Chargers roster has had such terrible injury luck in recent seasons that it would not have been shocking if James were struck by a meteorite on the first day of training camp. Instead, James is once again thriving in an all-purpose role, with 1.5 sacks, one interception, one forced fumble and a team-high 43 total tackles for the Chargers (4-1).

James has not totally escaped his injury curse this year. He dislocated his shoulder against Kansas City in Week 3, but missed just a handful of snaps. Teammate Joey Bosa told the Los Angeles Times that James “just popped it back in and came right back onto the field.”

Locker room self-surgery is a skill that comes in handy when playing for the Chargers.

In their latest effort to turn their fortunes around, the Jaguars hired the legendary college coach Urban Meyer, spent the first pick in the 2021 draft on quarterback Trevor Lawrence and used a stockpile of additional draft picks to overhaul their roster. So naturally, the best player on the team this year is a guy they tried to replace.

Robinson cracked the Jaguars roster as an undrafted rookie in 2020. He became the starting running back days before last year’s season opener when Leonard Fournette was unexpectedly waived, presumably for not fitting in the team culture. (Fournette now fits the culture of the defending-champion Tampa Bay Buccaneers.) Robinson rushed for 1,070 yards last season, but Meyer drafted the Clemson all-purpose back Travis Etienne with the 25th overall pick. When Etienne injured his foot in the preseason, Robinson was thrust back into the lineup.

Robinson ranks fourth in the N.F.L. with 387 rushing yards. His 149 rushing yards in Week 5 nearly spurred the woeful Jaguars to their first victory of the season. Trailing the Tennessee Titans, 31-19, early in the fourth quarter, the Jaguars drove to the 1-yard line, where Meyer ordered a fourth-down handoff to … Carlos Hyde, Robinson’s veteran backup. Hyde got stuffed for a loss, ending the rally.

Robinson will achieve even greater stardom as soon as he figures out a way to no longer fit the Jaguars’ team culture. 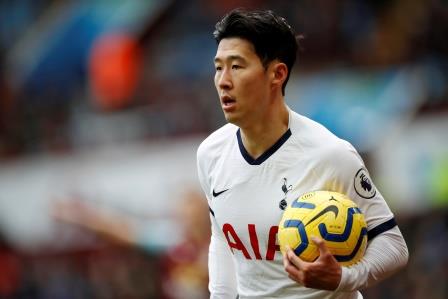 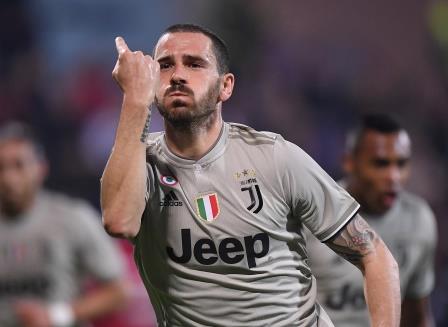 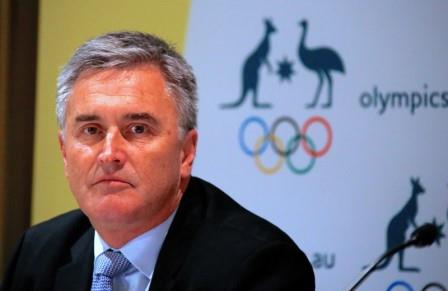 ‘No need to decide today’, Australia continues to plan for Tokyo