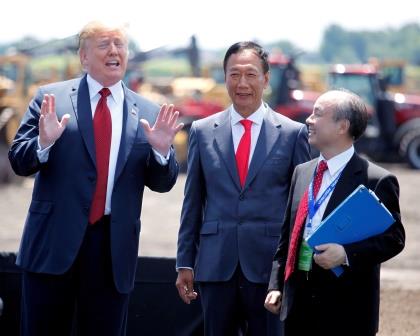 BOSTON- In his first address to the U.S. Congress, President Donald Trump hailed General Motors Co, Harley-Davidson Inc, Intel Corp and seven other companies as innovators and job creators, predicting they would be among those producing “tens of thousands of new American jobs” and investing “billions and billions of dollars.”

Nearly three years later, with unemployment at the lowest in half a century, that first presidential portfolio has stumbled to fulfill that forecast. While Trump’s 10 companies have spent billions on new factories and upgrades, they failed to keep pace with new hires, according to a Reuters analysis of the group’s capital expenditures and headcount since 2017.

Wall Street has not smiled extensively on Trump’s selected companies either.

Most of the companies’ total shareholder return has trailed the S&P 500’s 47% advance and sector benchmarks since Trump’s February 2017 speech. Only four of the 10 have outperformed the broad benchmark while five have lagged the wider market by 35 points or more, as of Jan. 28.

White House Deputy Press Secretary Judd Deere declined to comment about the individual companies, but noted more Americans are coming off the sidelines and finding work, and U.S. wages and consumer confidence are rising.

“Despite headwinds from severe monetary tightening and a global recession, President Trump’s agenda of fair and reciprocal trade, lower taxes and deregulation has created the strongest economy we’ve ever seen,” he added.

Still, struggles within the Trump portfolio underscore how the president’s economic and immigration policies have produced uneven results as he seeks another term in the White House.

Since he took office, only Fiat Chrysler and defence contractor Lockheed Martin have added a meaningful number of net new workers.

Lockheed’s U.S. headcount is up about 15%. Fiat’s employment is up about 11%, with some gains coming from broader North American operations. The net gain of jobs at the two companies is about 22,800 since the end of 2016, according to company disclosures.

“What a great brand Jeep is,” Trump said in a shoutout to Fiat Chrysler’s hot-selling vehicle, before signing a tariff agreement with China.

By contrast, the combined overall U.S. headcount at Ford and GM has declined by about 10,000, or 5%, to 184,000, despite investing billions of dollars in their automotive plants.

For a broader picture, the U.S. economy has produced an average of 193,000 new jobs per month, over the past three years. But even with the benefit of Trump’s 2017 massive corporate tax rate cut, that is 14% less than the 224,000 jobs per month created during the last three years of Barack Obama’s administration, according to U.S. Department of Labor figures.

But Zandi and four other economists interviewed for this story said Trump sets himself apart with a restrictive immigration policy that is exacerbating labour shortages across jobs that pay low wages and top-end salaries.

“This is going to become a very severe impediment to growth,” Zandi said. “We’re used to seeing 200,000 new jobs created every month, but it will be one-fourth of that a few years from now.”

The U.S. labour force has grown at an annual rate of 0.5% in the 10 years since the Great Recession ended. But in the other four recent recoveries, annualised labour force growth was more than doubled, exceeding 1%, according to economists at the Federal Reserve Bank of Dallas.

Meanwhile, a key plank in Trump’s agenda – rebuilding the country’s manufacturing base – recently took a hit when the sector fell into its deepest slump in more than a decade.

But there are plenty of bright spots, big and small.

U.S. headcount at defence contractor Lockheed Martin, for example, has surged 15% to about 102,300 employees since the end of 2016 as it seeks full-rate production of its F-35 fighter jet, according to company.

Amicus Therapeutics Inc, which Trump hailed for treating rare metabolic disorders, has nearly doubled its U.S. headcount to more than 500 people, according to U.S. Department of Labor disclosures. Its shares are up 39% since Trump’s speech, boosting its market value to more than $2 billion. The Nasdaq US Small Cap Biotech Index is up 61% during that time.

In 2018, the Trump portfolio of companies collectively used about $60 billion from their cash flows on capital expenditures to make new products and to remain competitive, according to their financial statements. Intel, for example, plowed $29.6 billion into research and development and capital investments during 2019, up 33% from 2016 levels. It plans to invest more than $7 billion to complete a chip plant in Arizona, one of the largest construction projects in the country.

“We anticipate it will create 3,000 Intel jobs,” company spokeswoman Chelsea Hughes said. Intel’s total return is 99% since Trump highlighted the company in his first address to congress.

After a recent surge in its stock price, Intel is beating the 91% total return of the S&P 500 Semiconductor Index. The benchmark includes high-flying rivals like Nvidia Corp, whose shares are up 147% since Trump’s address.

Japan’s Softbank Corp is also investing billions of dollars in U.S. startups, and has created thousands of jobs, with help from American venture capital firms and mutual funds.

But as seen by the WeWork saga, and other troubled investments like the dog walking company, Wag Labs Inc, a lot of those jobs could disappear overnight.

Other companies Trump touted that have kept payrolls inline are getting mixed reviews from investors.

Shares of Harley-Davidson have dropped 34% since the president hailed the “magnificent motorcycles” in his first address to congress. Trump’s trade tensions, however, have hurt the Milwaukee, Wisconsin-based company, which last year struck a deal to build a smaller motorcycle in a venture with a Chinese company. Harley-Davidson’s latest available headcount of 5,900 is down slightly from 6,000 at the end of 2016, according to company disclosures.

Trump has criticized the company for moving some of its production offshore. Harley Davidson did not return messages seeking comment.

The economists Reuters spoke with applaud the investments, but they say big chunks of capital go toward upgrades and automation, not necessarily net gains in workers.

“There’s not a lot of trickle down to the local economy,” said Sarah Low, a University of Missouri-Columbia economics professor who focuses on employment in rural areas. 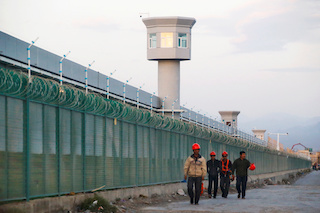 U.S. mulling measures against those behind abuses in China’s Xinjiang 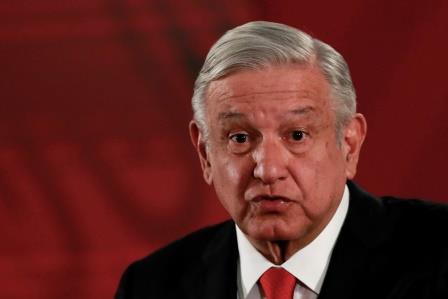 Obrador: ‘El Chapo’ once held as much power as Mexican president 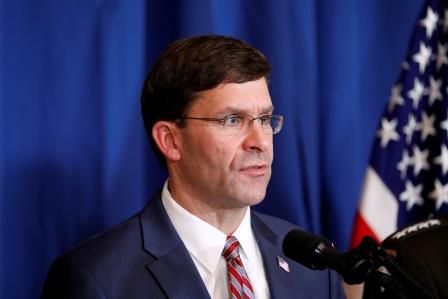