BARCELONA/MADRID – The fight over Catalan independence has been thrust to the forefront of Spanish politics ahead of elections on Sunday, with street clashes, torched cars and smashed windows fuelling a hardening stance against separatists amongst political parties.

One consequence is that it may be harder to form a government should the election fail to provide an outright winner, as is widely expected.

Protests broke out in Barcelona and elsewhere in Catalonia last month after nine separatist leaders were given long prison sentences for their role in an illegal referendum and declaration of independence in 2017.

The scale of the violence, however, was unprecedented in what has been a generally peaceful movement and it brought the issue back to boiling point.

Huge rallies by supporters and opponents of independence highlighted the stark divisions within Catalonia, Spain’s wealthiest region, itself.

It also stiffened the fervent opposition to Catalan separatism among national political parties – and many Spaniards.

Even acting Prime Minister Pedro Sanchez, who had previously been among those most open to dialogue, has hardened his stance in recent days, promising to toughen criminal laws against separatism after right-wingers said he was too soft on Catalonia.

“We must recognise that Catalonia is broken in two, identify (Catalan) nationalism as the main culprit, and strengthen the state.”

The far-right Vox, which had started fading after winning seats in parliament for the first time in an election in April, has jumped in opinion polls since the Barcelona riots. It is projected to win 40-49 seats, possibly doubling its score.

The party, a newcomer, has banged the drum against Catalan separatism relentlessly.

Vox “understands the values of all good Spanish people”, Barcelona resident Juan Ignacio Izquierdo said at a party rally in the city. “Catalonia is Spain and the line is unbreakable.”

Sanchez’s Socialists lead in opinion polls for Sunday’s election but are expected to fall well short of a majority, meaning they will need allies to stay in power.

His tougher stance on Catalonia will, however, make a left-wing government deal more complicated as potential ally Unidas Podemos says dialogue with the separatists is the only solution.

And any support from Catalan separatist parliamentarians would be hard to clinch.

“The (next) prime minister … will not be able to continue ignoring the more than two million people who unequivocally vote for independence,” Gabriel Rufian, the separatist ERC party’s lead candidate, told Reuters.

He added that since neither secessionist nor unionist voters will disappear overnight, a political dialogue is needed: “That obliges us to talk, sit down, look for dialogue and negotiation tables.”

While the People’s Party has been on the rise, the centre- right Ciudadanos is collapsing due to internal fighting and most polls predict that even anger over Catalan separatism will not hand the right-wing bloc a majority.

That cannot be ruled out, however, as the number of undecided voters is so high.

Another option would involve the PP backing Sanchez – or agreeing not to vote against him. But despite Sanchez’s tougher stance, they still have very different views on Catalonia and that could be a big obstacle to a deal.

Miquel Iceta, the Socialists’ top politician in Catalonia, told Reuters that dialogue with the separatists still had to be on the cards.

What makes things even more complicated is Catalonia’s own divisions. A poll in July showed 44% backing for secession and 48.3% against it.

Even among the separatists, the two main parties, the left-wing ERC and centre-right Junts per Catalonia, are split on strategy. Their joint regional government is fragile and a snap regional election could well take place soon.

A third, even more hardline, anti-capitalist separatist party, CUP, is projected to win a few seats in the national parliament for the first time.

And adding further confusion, yet another repeat national election in the near future cannot be ruled out.

“Will we organise elections again and again, until the one we want wins? We will have to get along with each other,” PP supporter and Barcelona resident Manuel Lopez Lopez said.

Meanwhile, several pro-independence protests have been called in Catalonia for Saturday and police reinforcements are being sent to the region to make sure the election is not disrupted. 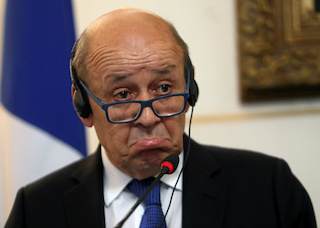 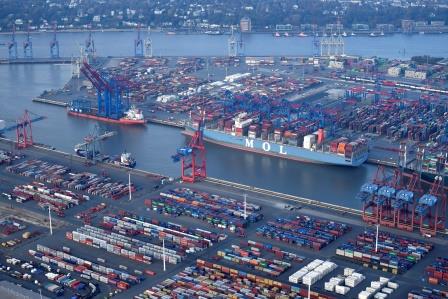