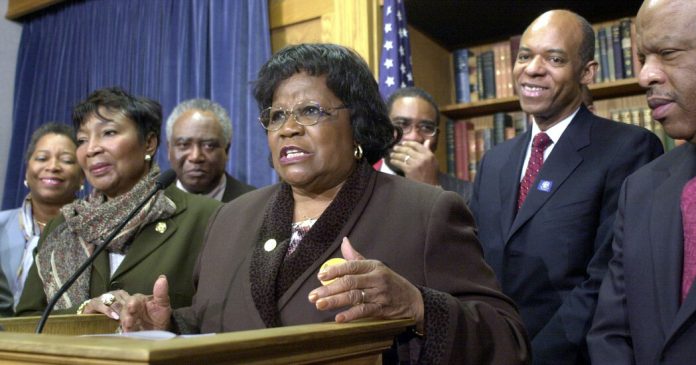 Carrie P. Meek, who was spurred by memories of childhood discrimination and inspired by her heritage as she rose to political power in her native Florida and later in Washington, died on Sunday at her home in Miami. She was 95.

Her death was confirmed by Adam Sharon, a family spokesman. He did not specify a cause.

In 1992, Ms. Meek became the first Black person elected to Congress in Florida since Reconstruction. Her election was assured when the 10-term Democratic incumbent, Bill Lehman, decided to retire and Ms. Meek captured the Democratic nomination for the newly reapportioned district. She ran unopposed in the general election.

She soon made it clear that she had no desire to take the “go along and get along” path followed by some Washington newcomers. She lobbied for and won a coveted seat on the Appropriations Committee, a highly unusual achievement for a freshman lawmaker.

She used that seat to push for federal aid for the section of her district devastated by Hurricane Andrew in 1992. She also lobbied for money for job-creating programs and to encourage African Americans to open their own businesses.

“My first priority in Congress is to develop job-producing programs,” she said in an interview with The Washington Post weeks after her election. “Whenever I’m out in the community, people first thing they come up to me, Carrie, what about jobs, when are we going to get jobs?”

Her 17th Congressional District covered much of Miami, and her constituents included many Black people and immigrants from Haiti, Jamaica and the Bahamas, as well as Koreans and Arabs. The district included the Liberty City area of Miami, the epicenter of a race riot that left scores of people dead after white police officers killed a Black man. Ms. Meek lived in Liberty City during her time in Congress.

While pushing for money for her district, she remained skeptical, even cynical, about many Washington programs aimed at helping poor Black people. She complained that too much money was siphoned off by white-owned companies that bailed when federal dollars dried up. She was also disdainful of some Black administrators (“ghetto hustlers,” she called them) who exploited programs while doing little to help those who needed help.

After Republicans captured the House in 1994, Ms. Meek was ousted from the Appropriations Committee. In early 1995, she attacked the new speaker, Newt Gingrich of Georgia, who had accepted a $4.5 million advance for two books from a publishing company owned by the media magnate Rupert Murdoch.

After much criticism, including some from fellow Republicans, Mr. Gingrich announced late in 1994 that he was giving up the advance. But Ms. Meek still seized on the episode.

“How much the speaker earns has grown much more dependent upon how hard his publishing house hawks his book,” Ms. Meek said on the House floor. “Which leads me to the question of exactly who does this speaker really work for … Is it the American people or his New York publishing house?”

Republicans hooted her down and struck her remarks from the Congressional Record.

Ms. Meek railed against tax cuts that the Republican-controlled House approved in June 1997, asserting that Republicans were trying to balance the budget “on the backs of America’s working poor, elderly and infirm.”

“Today the House voted to rob from the poor so that tomorrow the majority can help the rich,” she said.

She was willing to reach across the aisle on some issues. For instance, she worked with Republicans to change warnings on cigarette labels to reflect the fact that more Black people than white people suffer from smoking-related diseases. She also worked with some Republicans to increase spending for research on lupus and for grants for college students with poor reading skills because of learning disabilities.

Before going to Washington, she served in the Florida House of Representatives from 1979 to 1983 and in the State Senate from 1983 to 1993. She was the first Black woman elected to that chamber.

Richard Langley, a conservative Republican state senator whose politics were the polar opposite of hers, once called Ms. Meek “a nice, well-meaning Christian lady.” But a moment later, as though regretting his kind remarks, he called her “another tax-and-spend liberal” and a big mouth.

“If you opposed her, you were a racist,” Mr. Langley told The Washington Post. “She saw everything in terms of Black and white.”

If indeed she saw the world that way, she had good reason.

Carrie Pittman was born on April 29, 1926, in Tallahassee, Fla., the youngest of 12 children of Willie and Carrie Pittman. Her parents began their life together as sharecroppers. Her father later became a caretaker and her mother a laundress and owner of a boardinghouse. Her grandmother had been a slave in Lilly, Ga., known as Miss Mandy.

Years later, Ms. Pittman said that growing up as the baby in her family was “just a great life, the best you could imagine.”

“The only shadow in my life was the segregation,” she said. “The worst kind of segregation.” That meant not being allowed to try on shoes in a shoe store, and playing with other Black children in a vacant lot while white children had a park with ball fields and a pool.

At the time, Black students were banned from Florida graduate programs, so she enrolled at the University of Michigan, where she received a master’s degree in public health and physical education.

Before entering politics, Ms. Meek taught at Bethune Cookman, a historically Black college in Daytona Beach, and at Florida A&M. In 1961, she moved to the newly opened Miami-Dade Junior College, which initially had separate campuses for Black students and white students. She taught health and physical education and remained at the college for three decades in teaching and administrative posts.

In 2000, the presidential race was undecided weeks after Election Day because of the excruciatingly close popular vote in Florida. Ms. Meek complained that numerous African Americans and Haitian Americans among her constituents had tried to vote but were turned away. Some were told they did not have valid identification, while others said they felt intimidated, Ms. Meek said.

Ms. Meek’s two former husbands, both of whom she divorced, are dead. Survivors include a son, Kendrick, who served in the Florida House of Representatives and the State Senate and was elected in 2002 to the congressional seat being vacated by his mother. He served four terms before giving up his seat in an unsuccessful run for the Senate.

In announcing in 2002 that she would not run for a sixth term, Ms. Meek emphasized that she had not grown tired of Congress.

“I love it still,” she told The Miami Herald. “But at age 76, understandably, some of my abilities have diminished. I don’t have the same vigor that I had at age 65. I have the fire, but I don’t have the physical ability. So it’s time.”

David Stout, a reporter and editor at The New York Times for 28 years, died in 2020. Vimal Patel contributed reporting. 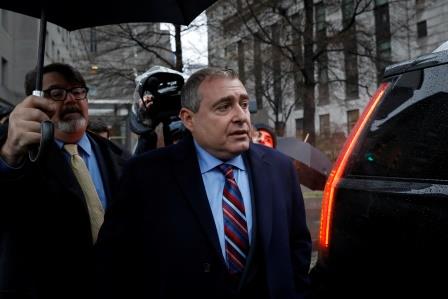 Giuliani associate Parnas unable to pay both lawyers, agrees to let one withdraw 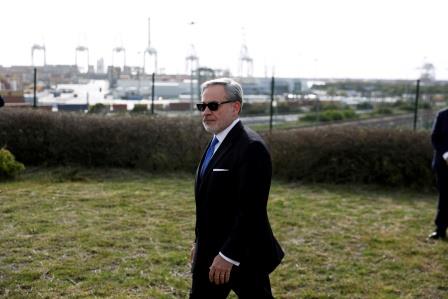 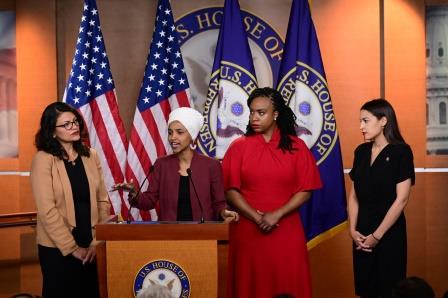