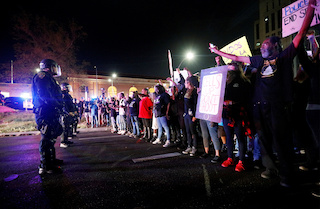 Announcing the findings of his independent inquiry, Attorney General Xavier Becerra agreed with the Sacramento County district attorney’s conclusion that the two officers had sound reason to believe the man they shot, Stephon Clark, 22, posed a lethal threat to them.

The D.A.’s decision on Saturday not to prosecute the officers, who police said mistook Clark’s cell phone for a gun, has angered community activists and touched off three nights of protests in Sacramento, the state capital.

At a City Council meeting Tuesday night, hundreds of angry people packed the council chambers, speaking to the mayor and council members for about four hours, becoming raucous at times with many in the crowd calling for the firing of the city’s police chief, the Sacramento Bee reported online.

The meeting ended shortly before 9 p.m. local time, with the crowd dispersing and no immediate reports of additional protests.

Becerra, speaking to reporters after a lengthy private meeting on Tuesday with Clark’s mother and other relatives, said the 11-month probe by his office closes the criminal investigation of what he called a “tragedy.”

But the U.S. Attorney for the Eastern District of California, McGregor Scott, later said his office will conduct a separate investigation with the FBI into whether the shooting constituted a violation of Clark’s civil rights.

Members of Clark’s family filed a wrongful death suit against the officers and city in January, accusing them of racial profiling and excessive force and seeking more than $20 million (&pound;15 million) in damages.

On Tuesday, they posted an online call for support of a bill to tighten rules under which police officers are permitted to use deadly force and allowing them to be found criminally negligent for behaviour leading to such force.

Becerra said his findings hinged largely on video from police cameras, which civil liberties activists and some law enforcement officials have advocated as a crucial tool in bringing about police reforms.

But the chilling images captured in the footage, which sparked a furore over accusations of excessive police force, demonstrated how even black-and-white recordings of such events can be open to wide interpretation depending on the eye of the beholder.

Clark, a father of two, was killed on the night of March 18, 2018, in his grandparents’ backyard in a hail of 20 bullets fired by the two officers responding to a report of someone smashing car windows on the street.

Becerra stressed that his probe was requested by Sacramento’s police chief and conducted as a separate, independent examination of the evidence, rather than a review of police or prosecutors’ investigations. But the findings he outlined largely aligned with conclusions announced on Saturday by District Attorney Anne Marie Schubert.

‘SHOWING US WHAT HAPPENED’

Becerra said investigators concluded that besides breaking car windows, Clark had smashed the sliding glass rear door of a neighbour’s home before police confronted him and he disregarded commands to show his hands.

Video footage from the officers’ body cameras and a police helicopter overhead showed that after being cornered in the darkened yard, Clark suddenly moved towards the policemen with something in his hand, and there was glimmer of light the officers took for a muzzle flash, Becerra said. The precise source of the flash, and whether it came from Clark’s cell phone, remained unknown.

The two officers, Terrence Mercadal, who is black, and Jared Robinet, who is white, opened fire only when Clark advanced on them and ceased fire when he stopped, Becerra said.

The sum of those facts, Becerra said, led to his conclusion that Clark’s death met the legal definition of a justifiable homicide because the two officers “reasonably believed” they were in “imminent danger of being killed or suffering great bodily injury.”

The attorney general said the “video evidence is critical” to understanding how and why the two policemen reacted the way they did. “It’s the video showing us what happened,” he said.

Release of the video following the incident ignited two weeks of demonstrations in Sacramento last year and added fuel to the national debate over racial bias in the criminal justice system stemming from a string of police killings of unarmed black men in recent years.

“The decision to view the shooting of an unarmed man 20 times, with half of those shots in the back as a legal action, is inhumane and sickening,” said NAACP President Derrick Johnson.

Schubert said on Saturday that investigators had also determined Clark was under the influence of the tranquilizer Xanax, alcohol and marijuana. Text messages showed he was possibly suicidal that night following a domestic violence incident involving the mother of his children. 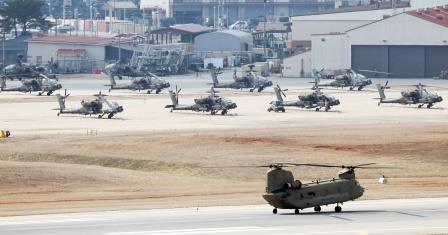 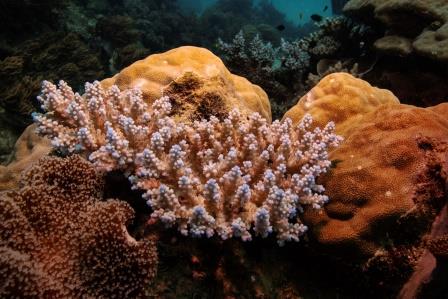 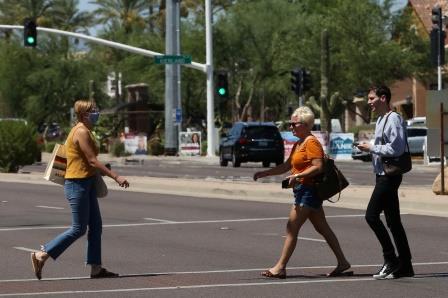