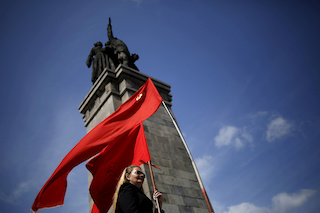 SOFIA – Bulgaria lambasted a World War Two exhibition organised by the Russian Embassy marking “the liberation of Eastern Europe from Nazism”, saying the region had instead being subjected to a half century of repression by “Soviet army bayonets”.

In a statement, the Foreign Ministry of Bulgaria – which for decades a Soviet satellite in Eastern Europe but now a Westernised democracy – urged Russia’s mission in Sofia “not to take a stand in support of a dubious historical claim” that treated Soviet forces’ arrival in 1944 as a liberation.

The statement said this position amounted to meddling in the internal affairs of Bulgaria, now a member of the European Union and the U.S.-led NATO alliance.

While acknowledging the critical Soviet role in defeating Nazi Germany in the Second World War, the ministry said the Soviet Union had also forcibly cut off eastern European countries from the rest of the continent during the Cold War.

“Soviet army bayonets brought to the people of Central and Eastern Europe half a century of repression, a suppression of civilian conscience, deformed economic development and detachment from developed European countries,” it said.

The exhibition, called “75 Years of the Liberation of Eastern Europe from Nazism”, is to open on Sept. 9 at the Russian Culture and Information Centre in Sofia.

A coup on Sept. 9, 1944, a day after Red Army forces swept into Bulgaria, swept the country into the Soviet orbit and made it one of Moscow’s most obedient satellites under hardline Communist rule for 45 years.

Some 30 years after the collapse of Communism, the Balkan country – now governed by the centre-right GERB party, is still coming to terms with its past.

Some Bulgarians pine for the low levels of crime, free education and healthcare under Communist rule while others denounce its trampling of dissent and individual freedoms.

Supporters of the formerly communist Socialist Party, the second largest political faction in Bulgaria, commemorate Sept. 9 each year and lay flowers at a Soviet Army monument.

Liberal and right-wing parties denounce the date and pay tribute to over 20,000 people believed to have been executed by the Communist regime for political offences or died in its prisons. 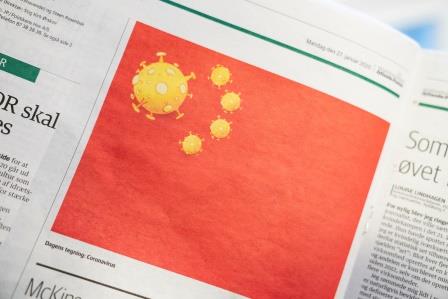 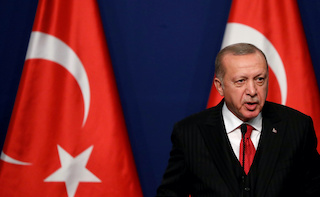 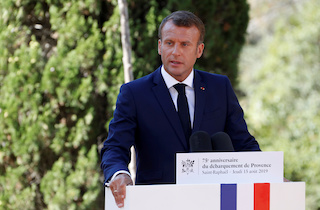 Macron delivers breakthrough on Iran at tense G7 summit, but little else