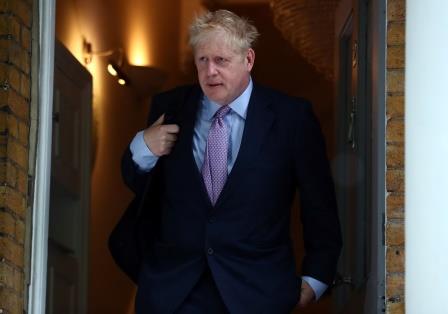 LONDON (Reuters) – A host of candidates to replace Theresa May as British prime minister launched their campaigns on Monday promising to solve the turmoil of Brexit and taking shots at front-runner Boris Johnson.

May stepped down as leader of the ruling Conservative Party on Friday, having failed three times to win parliament’s support for a European Union divorce deal that was supposed to steer the country smoothly out of the bloc and deal with Britain’s biggest political crisis in a generation.

Nominations to replace her had to be submitted on Monday, and the party’s 1922 Committee, which is running the contest, said 10 candidates had achieved the required support of at least eight of the Conservatives’ 300-plus elected lawmakers.

An 11th, Sam Gyimah, withdrew shortly before the announcement saying he had not been able to build sufficient support. He was the only one to support holding a second Brexit referendum.

Conservative lawmakers will hold their first round of voting on Thursday to begin narrowing the field.

The public campaign launches on Monday all set out domestic agendas, but it was Brexit that dominated, with overt and thinly-veiled digs at former foreign minister Johnson.

“If I get through, which I am sure I will actually, to the final two against Mr Johnson, this is what I will say to him: ‘Mr Johnson, whatever you do, don’t pull out’,” said environment minister Michael Gove, who scuppered Johnson’s 2016 leadership bid by pulling his support at the last moment to run himself.

“I know you have before, and I know you may not believe in your heart that you can do it, but the Conservative Party membership deserve a choice’.”

Nearly all the hopefuls promised they could solve the Brexit conundrum – which eluded May in three years of EU talks – in just three months, between the new leader being chosen at the end of July and the current exit date of Oct. 31.

“From my conversations with European leaders, it is clear to me there is a deal to be done; they want us to come up with proposals,” current foreign minister Jeremy Hunt said.

If the issue was not sorted out, he said, the party would be annihilated in an election and socialist Labour leader Jeremy Corbyn would take power.

‘THE BREXITEER YOU CAN RELY ON’

Dominic Raab, who quit as Brexit minister over May’s divorce deal, said he too could secure a new agreement but promised that the United Kingdom would leave the EU on Oct. 31, even if that meant reverting to basic World Trade Organization trade terms.

“I’m the Brexiteer that you can rely on,” he said.

Others, including Johnson, have made the same promise to leave on time even if it means giving up on a deal with the EU that would smooth the transition.

Opposition Labour Party leader Jeremy Corbyn told a meeting of his lawmakers on Monday that Labour would never accept a ‘no-deal’ exit. “We will work on a cross-party basis to block a ‘no-deal’ outcome,” he said.

The differences between the candidates reflect Conservative disunity on the issue, which has meant that, three years after the United Kingdom voted by 52% to 48% to quit the EU, it remains unclear how, when or even whether it will indeed leave.

The uncertainty has hit Britain’s economy, which shrank by 0.4% in April, official figures showed on Monday – a bigger drop than any economist had forecast in a Reuters poll last week.

Johnson is not only the bookmakers’ clear favourite but, according to polls, the most popular with the 160,000 party members who will ultimately make the choice.

He did not hold a high-profile campaign launch on Monday, but his rivals lined up to take potshots at him and his pledge to raise the point at which workers begin paying a 40% income tax to 80,000 pounds ($102,000) annual pay from 50,000 pounds.

“One thing I will never do as prime minister is to use our tax and benefits system to give the already wealthy another tax cut,” said Gove, another frontrunner who was trying to get his own campaign back on track after admitting taking cocaine when he was a young journalist.

Critics accused him of hypocrisy, noting that, in a previous role as education minister, he had signed off on rules to ban teachers for life for taking cocaine.

‘WE NEED A SERIOUS LEADER’

Others took aim at Johnson, a flamboyant former London mayor, alluding to past criticism that he favoured style over substance and failed to grasp details.

“We won’t get a good deal with bluff and bluster,” said Raab, one of the most hardline Brexit advocates.

Hunt, another of the favourites, said “a serious moment calls for a serious leader”. “We need tough negotiations,” he said, “not empty rhetoric”.

While the battle unfolds, May remains prime minister. Her replacement is due to be in place by the end of July. 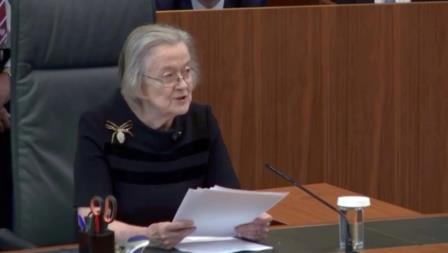 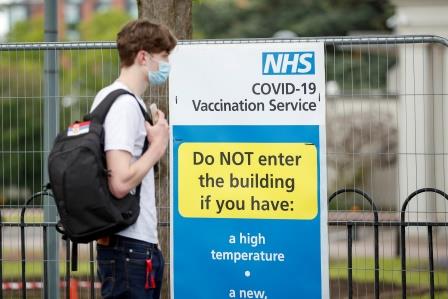 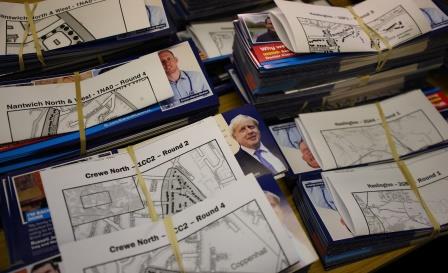