Biden’s top diplomat Blinken says he will pursue to revive alliances, US leadership 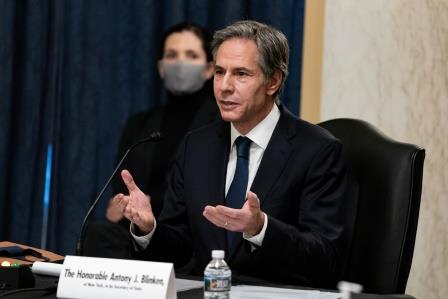 WASHINGTON (US) – US President-elect Joe Biden’s nominee to be secretary of state, Antony Blinken, said on Tuesday that he will work towards revitalising damaged American diplomacy. He also aims to forge a united front to tackle the challenges posed by Russia, China and Iran.

At his confirmation hearing a day before Democrat Biden takes over from Republican Donald Trump, Blinken said he would work with allies, especially with humility.

“We do have a big task ahead of us in restoring, revitalizing those relationships. I do think it starts… with showing up again,” said Blinken. “Some of our allies and partners question the sustainability of our commitments based on the past few years and that’s going to be a hard hill to climb.”

Blinken, 58, a veteran foreign policy hand and close Biden confidant, said he believed US leadership was crucial, however, he should also benefit those at home.

He said, “If we want to have (American people’s) support for American leadership, American engagement in the world, we have to demonstrate that it is actually making an improvement in their lives or preventing something,”

That said, it is not evident whether Blinken would face difficulty being confirmed by the Senate. It has to be noted that throughout the hearing, he received bipartisan praise from the senators.

By the end of the 4-1/2-hour hearing, Democratic Senator Bob Menendez, the committee’s incoming chairman, said he hoped the Senate would give confirmation to Blinken at the earliest. Republican Senator Jim Risch, the outgoing chairman, also praised him.

Blinken testified at the Capitol complex two weeks after the building representing American democracy was stormed by thousands of members of a pro-Trump mob seeking to overturn Biden’s victory. The unprecedented attack stunned the world, further bruised the reputation of the United States, and gave ammunition to its adversaries.

Blinken said there was a dire need to strengthen democracy at home. “Humility because we have a great deal of work to do at home to enhance our standing abroad,” he said.

His approach was in tangent with outgoing Secretary of State Mike Pompeo’s campaign to get back “the swagger” of the State Department.

Biden is set to deal with a much different world from the one he left four years ago as President Barack Obama’s vice president. China, today, is vested with a larger role globally, covering a wide range of fields from multilateral institutions to assisting development in Africa and Latin America. Ties between Washington and Beijing have hit the lowest point in decades.

Blinken said there was “no doubt” that out of all nations, China posed the most significant challenge to Washington.

He said though he does not agree with all of Trump’s methods of mechanism with China, he believed Trump was right in taking a tougher approach to China, and supported the Trump administration’s review on Tuesday that the Chinese Communist Party was committing genocide against Muslim Uighurs in Xinjiang.

The challenge posed by Russia, accused of intrusion in 2016 US elections and a broad cyberattack on the US government last year, reigns supreme on the Biden administration’s agenda, Blinken said.

He said the Biden administration aims to evaluate the US approach and policy toward North Korea and discuss closely with allies on how to get Pyongyang back to negotiations, which will look forward to convincing it to renounce its nuclear and ballistic missile programmes.

On Iran, Blinken said the United States was “a long way” from getting back to a 2015 nuclear pact in which Iran imposed a restraint on its nuclear programme in return for relief from sanctions. Trump called it quits from the deal in 2018, saying it did not reach anywhere. 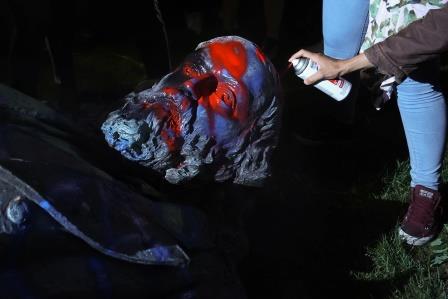 Statue of Confederate general toppled in Washington, Trump calls it a ‘disgrace’ 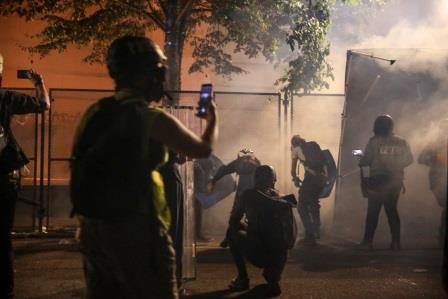 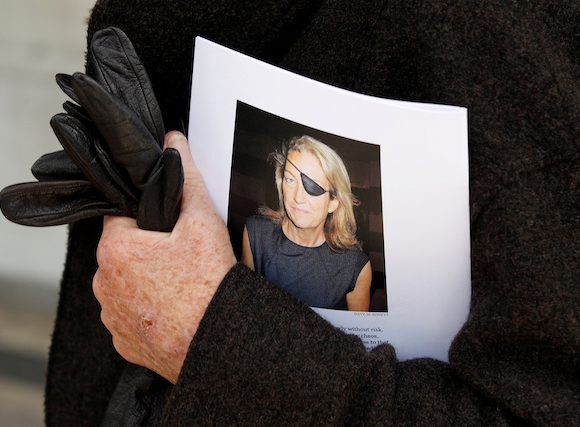