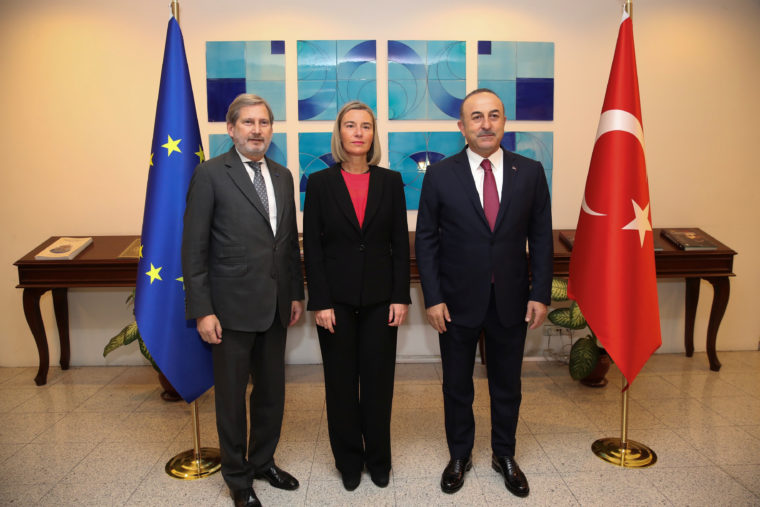 ANKARA (Reuters) – Top EU officials rebuked Turkey on Thursday over its arrests of journalists and academics and the long pre-trial detention of a Kurdish politician, holding a forthright press conference with Turkey’s foreign minister in Ankara that quickly turned tense.

Johannes Hahn, the EU commissioner responsible for relations with countries that aspire to join the bloc, emphasised the importance of political dialogue. But he said the EU was troubled over the arrest of journalists, human rights defenders and civil society activists.

“Criminal and judicial proceedings must be based on the presumption of innocence. Journalists and civil society must be able to do their important work,” Hahn told reporters, standing alongside Turkish Foreign Minister Mevlut Cavusoglu.

Hahn was referring to jailed rights activist Osman Kavala and 13 academics detained last week in an investigation accusing them of a bid to unseat the government through mass protests in 2013.

In a statement released after Thursday’s meetings, the EU said Turkey needed to “take decisive action to reverse the current trend in the rule of law and fundamental rights”.

EU foreign affairs chief Federica Mogherini, also at the news conference, took Turkey to task over the detentions of academics and said she hoped that a detained pro-Kurdish politician, Selahattin Demirtas, would be released soon.

In a riposte, Cavusoglu called on the EU to stop defending “those who are engaging in activities with the aim of removing Turkey’s democratically elected government”.

The European Court of Human Rights (ECHR) ruled on Tuesday that Turkey should swiftly process the legal case of Demirtas, former head of the pro-Kurdish opposition, saying his pre-trial detention had gone on longer than could be justified.

“Turkey should follow the ECHR ruling,” Mogherini said. “There are no double standards here. We have high standards, whether you like it or not.”

President Tayyip Erdogan has dismissed the ECHR ruling on Demirtas, saying it amounted to support of terrorism.

Lawyers for Demirtas said on Thursday they would apply simultaneously to Turkey’s Constitutional Court, the ECHR and the Council of Europe Committee of Ministers if Demirtas is not released immediately. 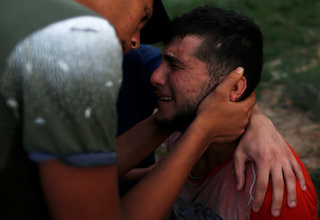 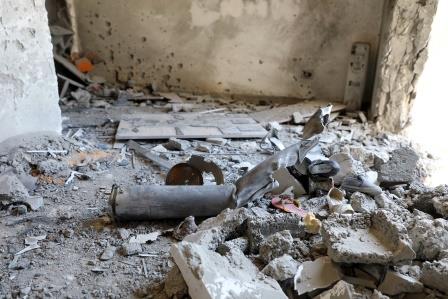 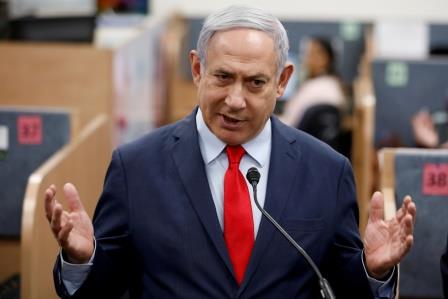