At least 300 Kashmiri politicians detained to quell protests over status 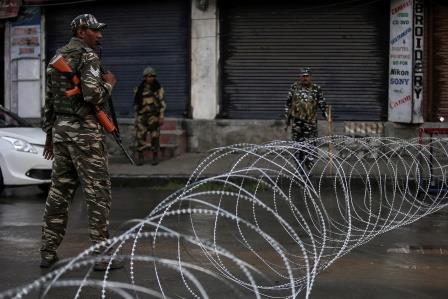 SRINAGAR, India – Indian authorities have detained at least 300 politicians and separatists to quell protests in Kashmir over the withdrawal of its special status, a police officer, local leaders and media said on Thursday, in one of the biggest crackdowns in years.

Since Sunday, the government has shut down mobile networks, the internet and banned public gatherings in the largest city Srinagar after stripping the Muslim majority region of the right to make its own laws and lifting a decades-old ban on people from outside the state from buying property there.

Prime Minister Narendra Modi’s Hindu nationalist-led ruling group, which has long campaigned for an end to Kashmir’s special status, hopes the sweeping measure would help tighten its grip over the region where an armed revolt has raged since 1989.

The move has also raised tensions with Pakistan which claims Kashmir and has vowed to fight for the rights of the Kashmiri people. It said it would expel India’s ambassador and suspend bilateral trade with its arch-rival.

Thousands of paramilitary police have been deployed in Srinagar, schools shut and roads and neighbourhoods barricaded. Still, there have been sporadic protests, two police officers said speaking on condition of anonymity because of the sensitivity of the situation.

There has been stone-pelting in at least 30 places across Srinagar since Tuesday night, one of them said. At least 13 people have been admitted to the city’s main government hospital with pellet injuries, he added.

On Wednesday evening, Srinagar’s old quarter was locked down, with policemen in riot gear deployed every few metres, and barbed-wire checkpoints every few hundred metres.

Near the Jama Masjid, which has long been the centre of protests in Srinagar, bricks and rocks from recent stone pelting incidents were strewn in at least three locations.

A witness said that there had also been stone-pelting in Bemina area in northwest Srinagar, where some roads had been blocked by poles and boulders.

“There is a lot of anger among the people,” one of the police officials said.

Kashmiris see Modi’s decision to withdraw the special status as a breach of trust and opening the way to flooding their region with people from the rest of India, eventually altering the demographics of the territory.

So far, 300 political leaders, many campaigning for Kashmir’s secession from India have been detained, a police officer said.

Two local leaders from the National Conference, a major regional party, also said that at least 100 politicians – including former state ministers and legislators – had been detained. They did not want to be named because of the sensitivity of the information.

Two former chief ministers of the state are among those detained, they said. India’s Mail Today newspaper said the number of politicians held in their homes, guesthouses was more than 400.

Mirwaiz Omar Farooq, chairman of the Hurriyat Conference, an umbrella group of non-violent separatists, was also arrested on Tuesday for a few hours, but has since been detained at his home, a statement from his office said. 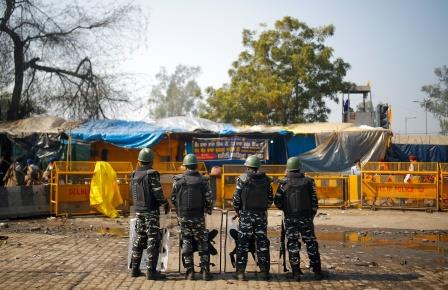 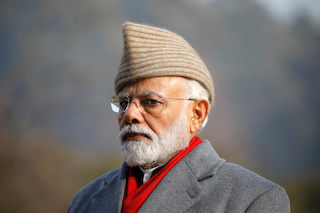 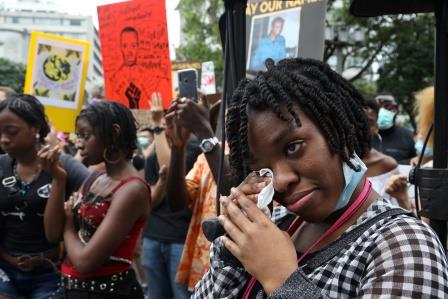