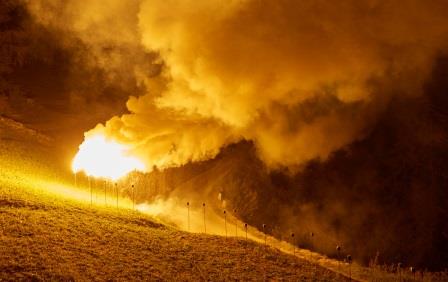 EVOLENE (SWITZERLAND) – In a mega pyrotechnic display on Friday night as part of the national day celebrations, a section of the Swiss Alps turned amber.

More than 100 kg of magnesium powder was used to turn the mountain chains of Veisivi and Dent de Perroc, which are 4,000 metres high, in the southern canton of Wallis amber.

Many Swiss hold celebrations on the eve of the national day which falls on Aug. 1, marking the foundation of the nation in 1291.

The pyrotechnic display illuminated 12 square km (4.6 square miles) of the mountains and it was visible from 20 km (12 miles) away.

According to event organiser Jacques Morard, who runs Jimagine, an event management firm in Montreux, “It is like 100 million candles being lit on the mountains and gives them a lovely warm glow.”

“Lots of people around Switzerland normally have fireworks to celebrate our national day, but they weren’t able to this year because of distancing regulations.”

To halt the spread of the virus, gatherings of more than 1,000 are banned across the country.

In the Evolene valley, thousands gathered to watch the spectacular three-minute display while maintaining a safe distance.

In 2015, there was a similar display when magnesium powder was used to turn the mountains red to mark the anniversary of Wallis joining Switzerland. That event too was organised by Morard.

“As a Swiss person I am very proud to have an idea which works to mark our national day, and bring some joy even in this terrible situation,” Morard added. 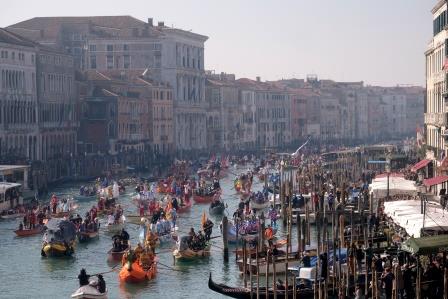 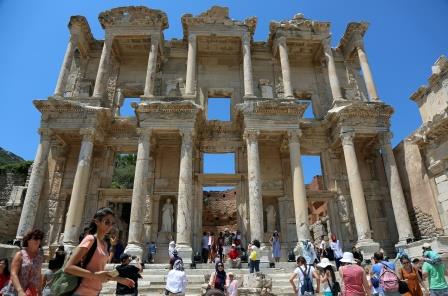 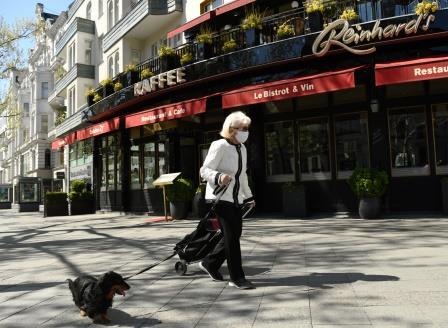