A flap with Warren knocks Sanders' strategy off course

A flap with Warren knocks Sanders’ strategy off course 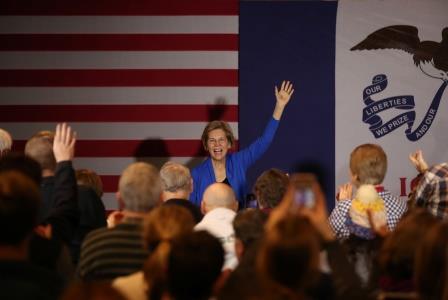 WASHINGTON- The best-laid plans of Democratic presidential contender Bernie Sanders were upended this week – and his campaign is struggling to get back on track.

Sanders went into the week looking to draw a sharper contrast between his progressive agenda and that of former Vice President Joe Biden, a moderate and his top rival for the Democratic nomination.

Instead, his flap with fellow senator, friend and progressive ally Elizabeth Warren over gender and electability has dominated the news, an unwelcome twist for a campaign that pulled into the top of the race in the early voting states of Iowa and New Hampshire just weeks before the first voting begins.

The U.S. senator from Vermont has found himself on the defensive after Warren accused him of telling her during a 2018 meeting that a woman could not beat Republican President Donald Trump in the November election. Sanders has denied saying that.

The disagreement between the two liberals grew more inflamed after a CNN microphone caught Warren telling Sanders he made her out to be a liar at Tuesday’s debate in Iowa.

The back-and-forth has had their supporters at odds on social media, distressing progressives who want to present a unified front against a “corporate Democrat” going into the 2020 nominating contests, which kick off on Feb. 3 in Iowa.

So far, the dispute does not appear to have hurt Sanders, who saw his support among independents and Democrats rise by 2 points to 20% – ahead of Biden’s 19% – in the past week, according to a Reuters/Ipsos opinion poll conducted on Wednesday and Thursday.

Warren was at 12 percent in the poll. Her momentum has stalled since November, when she detailed how she would finance the Medicare for All government health insurance proposal she and Sanders have championed.

Progressive groups worry that bad blood could push some supporters of either Sanders or Warren to defect to a more moderate candidate such as Biden or former South Bend, Indiana, Mayor Pete Buttigieg if their candidate falters.

The Sanders campaign sought on Thursday to turn the conversation away from Warren and back to Biden, with whom Sanders disagrees on matters ranging from foreign policy to trade.

Sanders’ supporters have shared videos of past speeches where Biden spoke in favour of the invasion of Iraq, which Sanders opposed.

“The focus for progressives should be on making sure that we have a progressive nominee, and the person standing in the way of having a nominee with the strongest progressive record is Joe Biden,” Sanders speechwriter David Sirota told Reuters.

Other damage-control efforts were under way. Almost 20 progressive groups said on Thursday they were joining together to mount a unity campaign aimed at calming tensions between Warren and Sanders and ensuring that a liberal becomes the nominee.

A Democratic strategist aligned with Warren who asked not to be identified suggested her campaign was moving on from the matter and focusing on “driving home her core campaign themes.”

Warren’s supporters have neither been encouraged nor barred from talking about the 2018 meeting, the strategist said.

Warren’s campaign did not respond to a request for comment.

Both Warren and Sanders, along with presidential rival Amy Klobuchar, will have to take time away from the campaign trail ahead of the Iowa nominating contest to serve as jurors in the Senate impeachment trial of Trump.

The Sanders-Warren conflict was forcing the most passionate supporters of each candidate “to the wall” – making them take sides against the other, said Charles Chamberlain, chair of Democracy for America, which is leading the effort to defuse tensions.

“We’re trying to bring them back to the table,” Chamberlain said.

That may be difficult. Some of Sanders’ online supporters have reacted angrily to the spat, using the hashtags #NeverWarren and #WarrenIsASnake or posted the snake emoji in the feeds of Warren and her supporters.

“Boy what a bad actor (Warren) turned out to be,” RoseAnn DeMoro, a labour activist who campaigns for Sanders’ universal healthcare plan, tweeted on Wednesday before CNN’s audio release of the post-debate exchange between Warren and Sanders. “She betrayed a friend, undermined the movement, and all for political opportunism.”

Some voters who spoke to Reuters expressed alarm.

“Them arguing is just going to hurt one of them in the long run,” Allison Plendl, 32, said at a Buttigieg event in Algona, Iowa. “It’s just giving ammunition to the other side.”

The Warren camp saw some blowback on Thursday when Michael Pedersen, a New Hampshire state representative who had backed Warren, switched to Klobuchar after Tuesday’s debate, Klobuchar’s campaign said.

Pedersen said he now viewed Klobuchar as more likely to beat Trump than Warren because he believes the U.S. senator from Minnesota appeals to a wider swath of voters.

Others saw Warren getting the better of the exchange with Sanders.

Michael Ceraso, a Democratic operative who worked for Sanders’ campaign in 2016, said Warren was able to make a strong argument for her own electability in November on the debate stage before millions of Americans.

“It was a breakout moment,” he said. 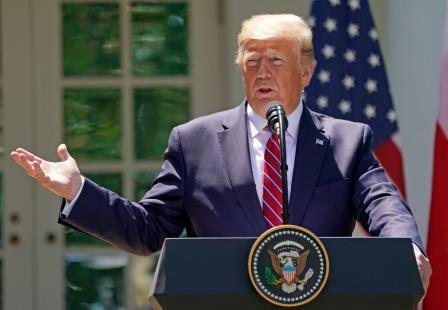 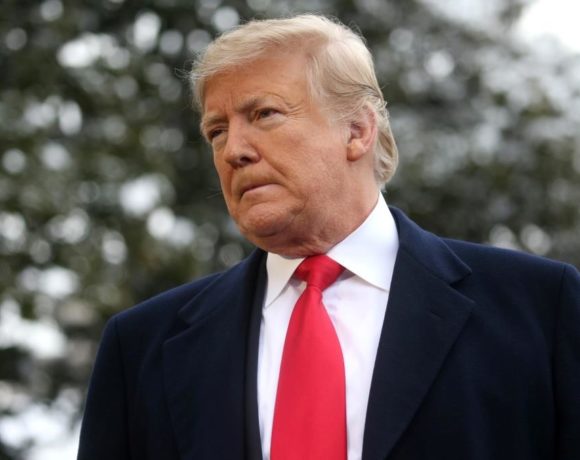 Trump – ‘I never worked for Russia’ 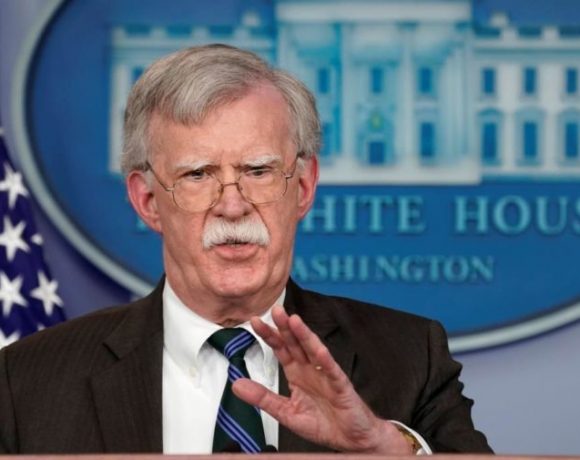