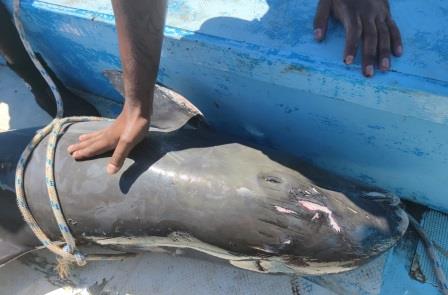 NAIROBI (KENYA) – In the oily waters of a lagoon in Mauritius, a baby dolphin rolled over on its side while its mother repeatedly nudged its head above the water. Dozens of the mammals have died in the lagoon after oil spilled from a grounded Japanese ship into the water damaging the ecosystem. Greens have come up with demands for a probe into the dolphin deaths.

The footage shot by a fisherman who tried to rescue the dolphins showed the last moments of the mother and calf.

“There was a mother and her baby…. He was very tired, he didn’t swim well. But the mum stayed alongside him, she didn’t leave her baby to go with the group. All the way she stayed with him. She was trying to protect him …to push the baby to get back with the group,” said Yasfeer Heenaye, the fisherman.

But the dolphin calf rolled over on its side and died in front of them, he said.

“When I was seeing this, there were tears in my eyes. I am a parent of a little daughter, it is very difficult for me to see the mother struggle and try her best to save her baby,” Heenaye said.

Heenaye said he saw nearly 200 dolphins inside the reef on Friday morning and almost 30 were dead.

“Some were injured and some were just floating,” he said, adding that fishermen were trying to herd them out into the open sea.

“Inside the reef there is oil spill on the water – if they stay inside maybe all of them will die – but if they go outside maybe they will survive. We were trying to push the dolphins outside the reef, making noise in the boat,” he said.

At least 40 dolphins have been found dead and 38 of them washed ashore since Monday. 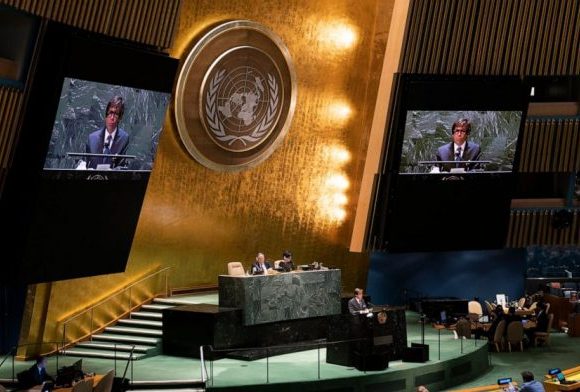 UN to vote on blaming Russia for Ukraine humanitarian crisis 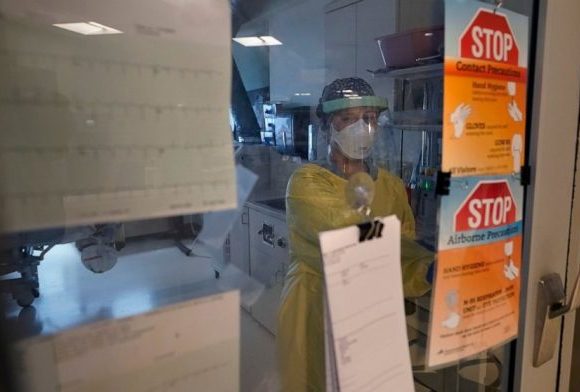 Hospitalizations skyrocket in kids too young for COVID shots 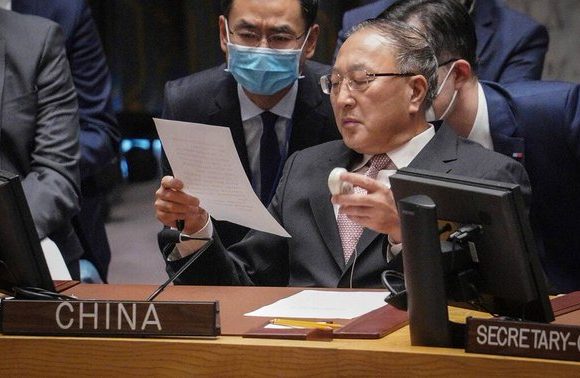