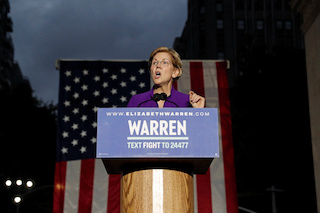 NEW YORK – Democratic presidential candidate Elizabeth Warren on Monday denounced the corruption she argues has crippled the country’s politics and economy, drawing her largest crowd thus far in a sign of her campaign’s growing strength.

“When you see a government that works great for those with money and connections, and doesn’t do much for anyone else, that’s corruption, plain and simple, and we need to call it out for what it is,” Warren said, as thousands of New Yorkers holding up “I’m a Warren Democrat” placards cheered underneath an overcast sky in Manhattan’s Washington Square Park.

The rally came on the same day that Warren won the endorsement of the Working Families Party (WFP), a progressive group with rising political influence that previously backed U.S. Senator Bernie Sanders during his 2016 White House bid.

Nearly two-thirds of the organisation’s thousands of members chose Warren. The endorsement could boost Warren’s chances of positioning herself, rather than Sanders, as the liberal alternative to Democratic front-runner Joe Biden, the former vice president.

Warren, a U.S. senator from Massachusetts, is the only Democratic candidate out of a field of 20 who has seen her standing steadily rise in public polling throughout the campaign.

The campaign said more than 20,000 people attended Monday’s rally, which would make it the biggest held by Warren thus far. The estimate could not be independently verified.

Her speech on Monday focused on one of the core themes of her campaign: the need to root out corruption in Washington and pursue “big, structural change” as the precondition for accomplishing anything else.

Issues as disparate as climate change, gun safety and healthcare have gone unaddressed because in each case, massive corporations have “bought out” the government, she said.

“Take any big problem in America today, and you don’t have to dig very deep to see the same system at work,” she said.

Ahead of the rally, Warren proposed what she called the “biggest ‘end corruption’ plan since Watergate,” a series of steps she outlined in her speech.

Among other actions, Warren said she would “end lobbying as we know it,” banning senior officials and lawmakers from ever becoming lobbyists and severely restricting the ability of lobbyists to influence public policy.

Warren’s plan also takes aim at President Donald Trump, a real estate developer who as president regularly visits his own hotels, resorts and golf clubs at taxpayers’ expense. She would require presidents and vice presidents to place business assets in a blind trust to be sold and require all federal candidates to release their tax returns.

Trump maintains ownership of his businesses but has ceded day-to-day control to his sons. Last week, Trump, who has refused to release his personal tax returns, said that before November 2020, he would release an “extremely complete” financial report.

Warren bracketed her speech on Monday by recounting the horrific fire that killed 146 workers, mostly young women, in 1911 at the Triangle shirtwaist factory a few blocks away.

The deaths, she said, were the result of greedy garment companies and the corrupt politicians who allowed them to flout their workers’ safety in favour of profits.

But the fire also spurred the state to overhaul its labour laws. “They organised,” she said. “They built a grassroots movement. They persisted – and they changed the course of American history.”

Warren has released a dizzying number of policy plans, and many supporters at the rally wore campaign shirts that read, “Warren Has a Plan for That.”

Warren’s ascendancy has been powered by voters like Maryann Hui. The 34-year-old has watched all the debates and candidate town halls and has a spreadsheet of every candidate to keep track of which one she likes the most.

“I can’t tell you how it feels to be listened to by a person in power,” said Hui. 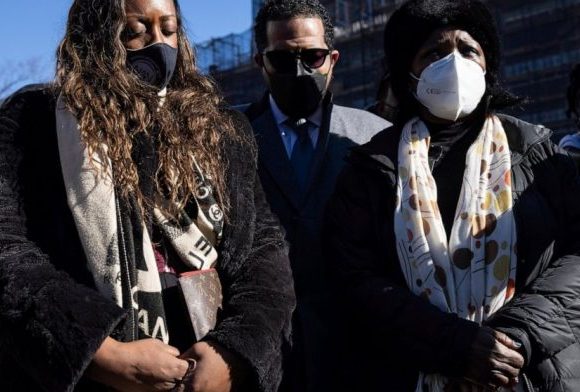 In mourning yet again, NYC prepares to honor fallen officer 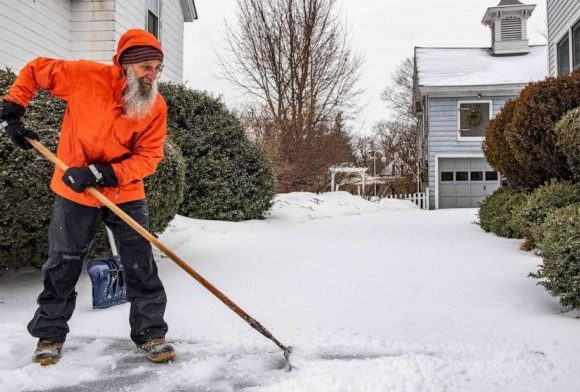 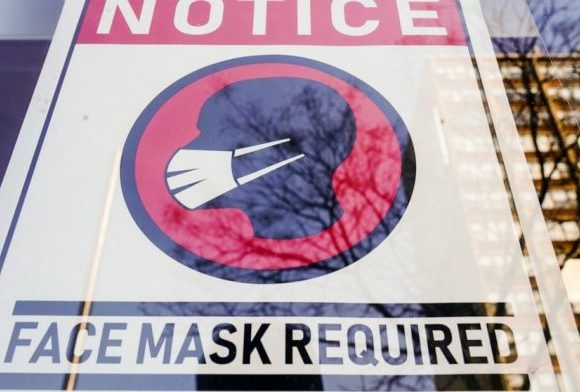