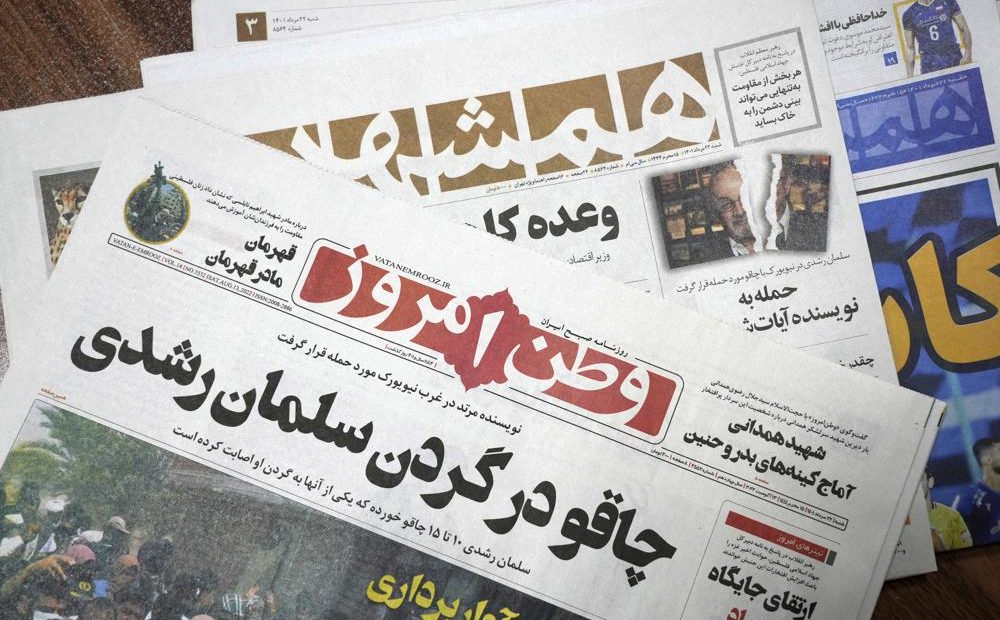 Tehran (Iran)- Iranians reacted with praise and worry Saturday over the attack on novelist Salman Rushdie, the target of a decades-old fatwa by the late Supreme Leader Ayatollah Ruhollah Khomeini calling for his death.

It remains unclear why Rushdie’s attacker, identified by police as Hadi Matar of Fairview, New Jersey, stabbed the author as he prepared to speak at an event Friday in western New York. Iran’s theocratic government and state-run media have assigned no motive to the assault.

But in Tehran, some willing to speak to The Associated Press offered praise for an attack targeting a writer they believe tarnished the Islamic faith with his 1988 book “The Satanic Verses.” In the streets of Iran’s capital, images of the late Ayatollah Ruhollah Khomeini still peer down at passers-by.

“I don’t know Salman Rushdie, but I am happy to hear that he was attacked since he insulted Islam,” said Reza Amiri, a 27-year-old deliveryman. “This is the fate for anybody who insults sanctities.”

Others, however, worried aloud that Iran could become even more cut off from the world as tensions remain high over its tattered nuclear deal.

“I feel those who did it are trying to isolate Iran,” said Mahshid Barati, a 39-year-old geography teacher. “This will negatively affect relations with many — even Russia and China.”

Khomeini, in poor health in the last year of his life after the grinding, stalemate 1980s Iran-Iraq war decimated the country’s economy, issued the fatwa on Rushdie in 1989. The Islamic edict came amid a violent uproar in the Muslim world over the novel, which some viewed as blasphemously making suggestions about the Prophet Muhammad’s life.

“I would like to inform all the intrepid Muslims in the world that the author of the book entitled ‘Satanic Verses’ … as well as those publishers who were aware of its contents are hereby sentenced to death,” Khomeini said in February 1989, according to Tehran Radio.

He added: “Whoever is killed doing this will be regarded as a martyr and go directly to heaven.”

Early on Saturday, Iranian state media made a point to note one man identified as being killed while trying to carry out the fatwa. Lebanese national Mustafa Mahmoud Mazeh died when a book bomb he had prematurely exploded in a London hotel on Aug. 3, 1989, just over 33 years ago. 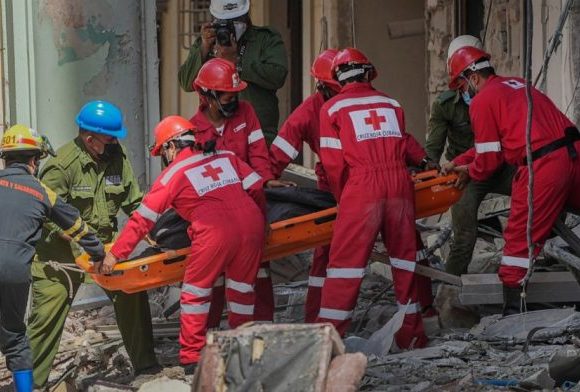 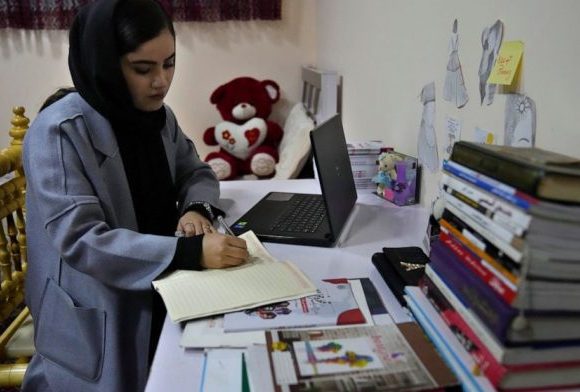 Afghan students return to Kabul U, but with restrictions 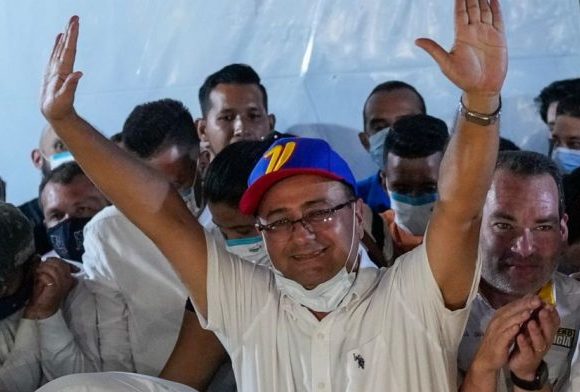 Opposition wins revote for governor in heartland of Chavismo