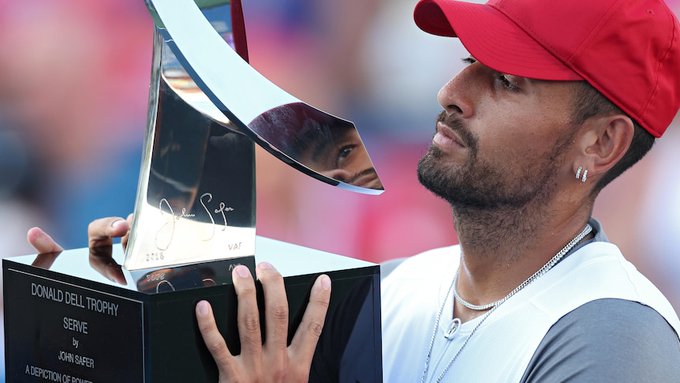 “It’s emotional for me to be back here again and claim another title,” Kyrgios said.

Kyrgios, who lost to Novak Djokovic last month in his first Grand Slam final, made back-to-back tour-level finals for the first time in his career and didn’t allow a service break all week.

“It’s just very emotional to see where I was last year to now. It’s just an incredible transformation,” Kyrgios said. “I’ve been in some dark places.

“There are so many people who have helped me get there, but I’ve shown some serious strength just to continue and persevere and get through all those times and be able to perform still and win tournaments like this one.”

“I came out with great energy,” Kyrgios said. “I knew I had experience on my side. I’m really happy with myself.”

Kyrgios improved to 4-0 against Nishioka, the most recent prior win coming in the third round of his 2019 Washington title run.

Kyrgios was set to join American Jack Sock in the later doubles final, trying to become the first man to sweep singles and doubles titles in the US capital event’s 53-year history.

Nishioka netted a backhand to surrender a break in the opening game, and Kyrgios denied the Asian southpaw’s only break chance with a backhand winner in the sixth game, holding out to claim the first set with his seventh ace.

Kyrgios broke in the first game of the second set when Nishioka sent a forehand long and again in the final game when Nishioka netted a backhand on the Aussie’s third match point.

Nishioka, who captured his only ATP crown in 2018 at Shenzhen, hadn’t won a tour-level match since March until this week when he upset eighth-ranked Andrey Rublev in the semi-finals. He will jump 42 spots to 54th in Monday’s world rankings.

“At the beginning of the year, I had a nightmare,” Nishioka said. “I thought I would retire if I can’t make the top 50 again. Now I think maybe I can play a few more years.”

Kyrgios will leap to 37th in the world rankings. He would have been 15th had world ranking points been awarded at Wimbledon.

World number 60 Samsonova fired 10 aces and 27 winners to beat Kanepi. The 23-year-old Russian had a six-week layoff before Washington after Russian and Belarus players were not allowed at Wimbledon due to the invasion of Ukraine.

Kanepi ranked 37th at age 37, was foiled in her bid to end nine-year WTA title drought. She last won a WTA crown at the 2013 Brussels Open.

“Overall, the week was very good,” Kanepi said. “She served better than me, and maybe that was the key.” 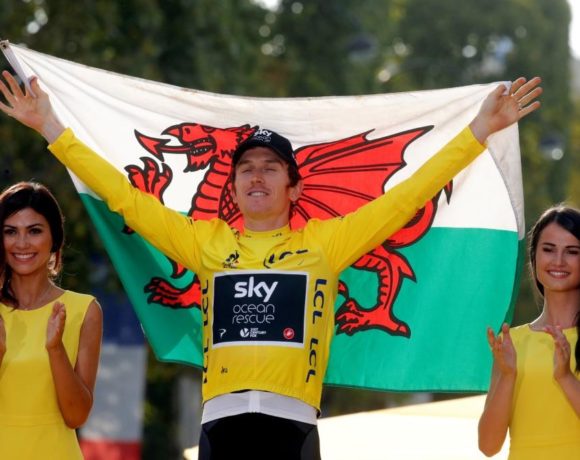 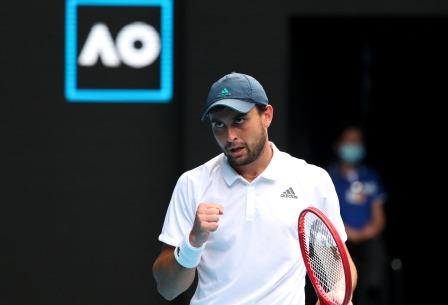 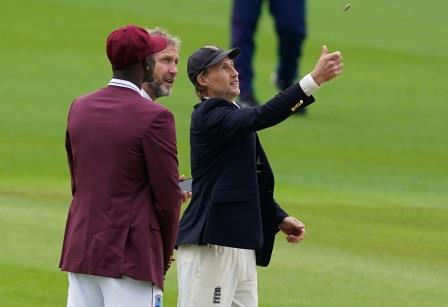