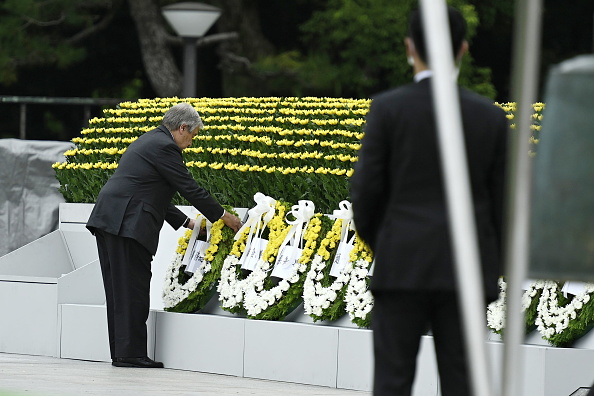 Tokyo(Japan)- Hiroshima on Saturday remembered the atomic bombing 77 years ago as officials, including the head of the United Nations, warned against nuclear weapons buildup and as fears of another such attack amid Russia’s war on Ukraine.

“Nuclear weapons are nonsense. They guarantee no safety — only death and destruction,” said U.N. Secretary-General Antonio Guterres, who joined the prayer at the Hiroshima Peace Park.

“Three-quarters of a century later, we must ask what we’ve learned from the mushroom cloud that swelled above this city in 1945,” he said.

Fears of a third atomic bombing have grown amid Russia’s threats of nuclear attack since its war on Ukraine began in February.

“Crises with grave nuclear undertones are spreading fast” in the Middle East and the Korean Peninsula, Guterres said. “We are one mistake, one misunderstanding, one miscalculation away from Armageddon.”

Hiroshima Mayor Kazumi Matsui, in his peace declaration, accused Putin of “using his own people as instruments of war and stealing the lives and livelihoods of innocent civilians in another country.”

Russia’s war on Ukraine is helping build support for nuclear deterrence, Matsui said, urging the world not to repeat the mistakes that destroyed his city nearly eight decades ago.

On Saturday, attendees including government leaders and diplomats observed a moment of silence with the sound of a peace bell at 8:15 a.m., the time when the U.S. B-29 dropped the bomb on the city. About 400 doves, considered symbols of peace, were released.

Guterres met with Japanese Prime Minister Fumio Kishida after the ceremony and raised alarm over the global retreat in nuclear disarmament, stressing the importance for Japan, the world’s only nation to have suffered nuclear attacks, to take leadership in the effort, Japan’s Foreign Ministry said.

Kishida escorted Guterres in the peace museum, where they each folded an origami crane — a symbol of peace and nuclear weapons abolition.

Russia and its ally Belarus were not invited to this year’s peace memorial. Russian Ambassador to Japan Mikhail Galuzin on Thursday offered flowers at a memorial epitaph in the park and told reporters his country would never use nuclear weapons.

The world continues to face threats from nuclear weapons, Kishida said at the memorial.

“I must raise my voice to appeal to the people around the world that the tragedy of nuclear weapons use should never be repeated,” he said. “Japan will walk its path toward a world without nuclear weapons, no matter how narrow, steep or difficult that may be.”

Kishida, who will host a Group of Seven summit meeting next May in Hiroshima, said he hoped to share his pledge with other G7 leaders “before the peace monument” to unite them to protect peace and international order based on the universal values of freedom and democracy.

Matsui criticized nuclear weapon states, including Russia, for not taking steps despite their pledge to abide by obligations under the Nuclear Non-Proliferation Treaty.

“Rather than treating a world without nuclear weapons like a distant dream, they should be taking concrete steps toward its realization,” he said.

Critics say Kishida’s call for a nuclear-free world is hollow because Japan remains under the U.S. nuclear umbrella and continues to boycott the Treaty on the Prohibition of Nuclear Weapons.

Kishida said the treaty, which lacks the U.S. and other nuclear powers, is not realistic at the moment and that Japan needs to bridge the divide between non-nuclear and nuclear powers.

Many survivors of the bombings have lasting injuries and illnesses resulting from the explosions and radiation exposure and face discrimination in Japan.

The government began to provide medical support to certified survivors in 1968 after more than 20 years of effort.

As of March, 118,935 survivors, whose average age now exceeds 84, are certified as eligible for government medical support, according to the Health and Welfare Ministry. But many others, including those who say they were victims of the “black rain” that fell outside the initially designated areas, are still without support.

Aging survivors, known in Japan as hibakusha, continue to push for a nuclear ban and hope to convince younger generations to join the movement.

Guterres had a message for younger people: “Finish the work that the hibakusha have begun. Carry their message forward. In their names, in their honor, in their memory — we must act.” 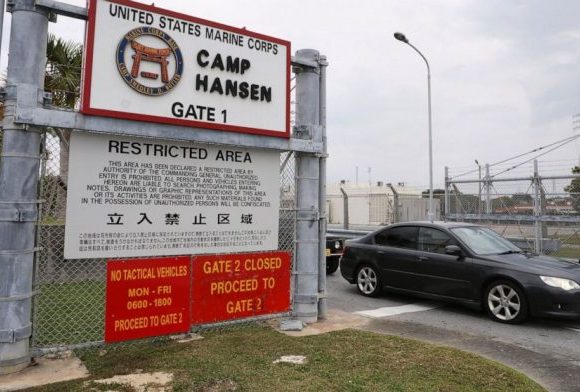 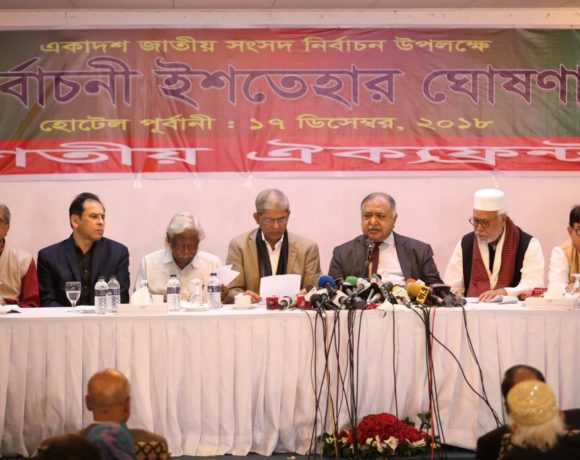 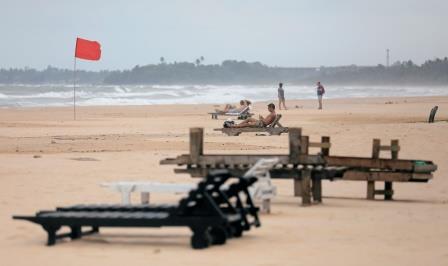