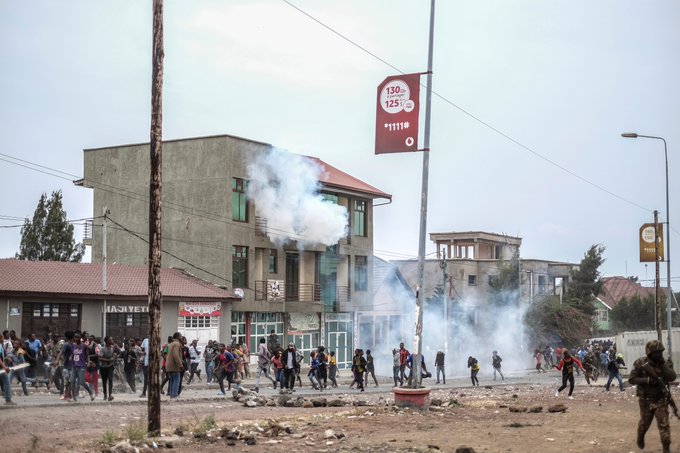 Kinshasa(Congo)- At least 15 people were killed and dozens of others injured during two days of demonstrations in Congo’s east against the United Nations mission in the country, officials said Tuesday.

The United Nations said one peacekeeper from Morocco and two international policemen from India serving with the U.N. peacekeeping force were slain. A policeman from Egypt was injured at the U.N. base in Butembo in North Kivu province when “violent attackers snatched weapons from Congolese police” and fired on U.N. personnel.

Haq said that on Tuesday, “hundreds of assailants” attacked bases of the U.N. force in Goma and other parts of North Kivu, “fueled by hostile remarks and threats made by individuals and groups against the U.N., particularly on social media.’”

“Mobs are throwing stones and petrol bombs, breaking into bases, looting and vandalizing, and setting facilities on fire,” Haq said. “We are trying to calm things down” including by dispatching quick reaction forces, but there is no evidence the violence has ended.

In addition, Haq said at least four incidents targeted the residences of mission staff, who have now been relocated to U.N. camps. A mob also tried to enter the compound of the U.N. Development Program Tuesday but was repelled by security guards, he said.

Demonstrators on Monday set fires and forced entry into the U.N. mission offices in Goma, accusing the peacekeeping force of failing to protect civilians amid rising violence in Congo’s eastern region. They are calling for the U.N. forces, present in Congo for years, to leave.

Protesters blamed shots fired by the peacekeepers for the deaths.

Haq said that the secretary-general “regrets the loss of life of demonstrators” and affirms the U.N. peacekeeping mission’s commitment to work with Congolese authorities to investigate these incidents.

Guterres underscored that any attack directed at U.N. peacekeepers might constitute a war crime and called on Congolese authorities to investigate the killings and swiftly bring those responsible to justice, the spokesman said.

Congo’s mineral-rich east is home to myriad rebel groups. The region’s security has worsened despite a year of emergency operations by a joint force of the armies of Congo and Uganda. Civilians in the east have also dealt with violence from jihadi rebels linked to the Islamic State group.

The government spokesman didn’t say what caused the deaths. Still, on Twitter, he described the response by security forces and peacekeepers as “warning shots to disperse the demonstrators and prevent any attack” on U.N. installations.

“The government has instructed the security forces to take all measures to ensure a return to calm and the normal resumption of activities in Goma,” he said. He also reiterated that steps are already being taken for the peacekeeping forces to be withdrawn.

In June 2021 and June 2022, the peacekeeping mission closed its office in Congo’s Kasai Central and Tanganyika regions. According to the U.N, the mission has more than 16,000 uniformed personnel in Congo.

The protests are taking place as fighting has escalated between Congolese troops and the M23 rebels, forcing nearly 200,000 people to flee their homes. According to a report by Human Rights Watch, the M23 forces have shown increased firepower and defence capabilities.

Diagne described the violence against the U.N. as “absolutely unacceptable” and “counterproductive,” given the U.N. force’s mission to protect civilians, deter armed groups and build the capacity of state institutions and services.

Haq responded to a question asking whether the U.N.’s effort had failed because armed groups still roam the country, saying, “our presence has provided protection, but it has not solved the problem” which involves the region and armed groups vying for control of mineral and resource-rich areas.

Within that, he said, the U.N. has been “doing our best” to ensure that people’s lives and basic freedoms aren’t taken away.

Haq said the U.N. has had plans to draw down its peacekeeping force and even withdraw from Congo but “we have stayed because the situation on the ground is far too dangerous for us to contemplate leaving and putting that many people at risk.”

Guterres later reaffirmed the U.N.’s “strong commitment” to Congo’s sovereignty and territorial integrity, and the U.N. peacekeeping mission’s support for “the Congolese government and people in their efforts to bring about peace and stability in the east of the country.” 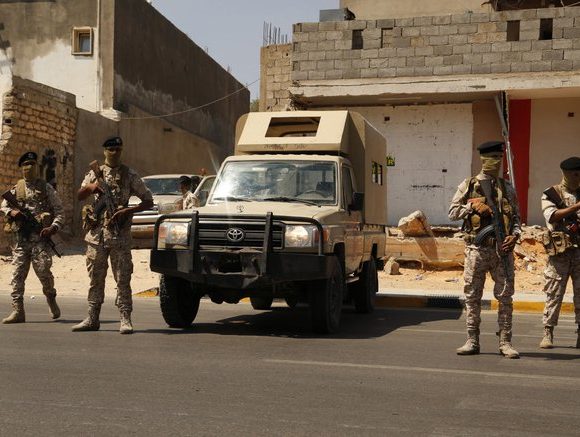 UN: Libya is `highly volatile and elections are needed soon 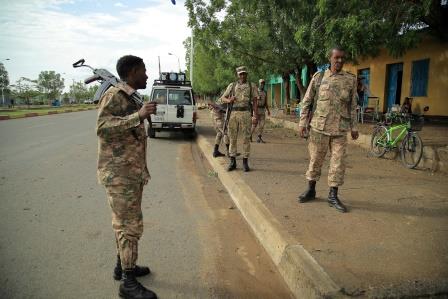 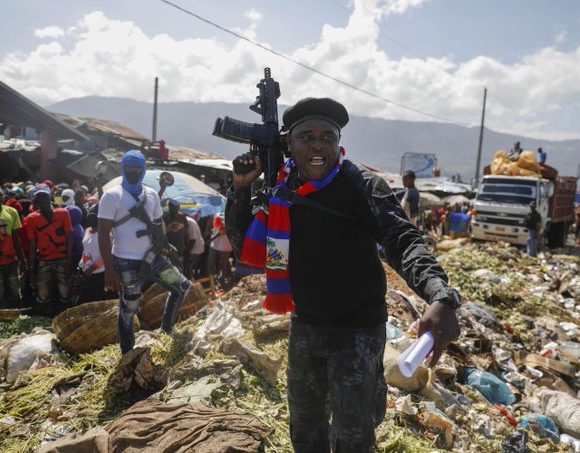