The revolutionizing world of Blockchain 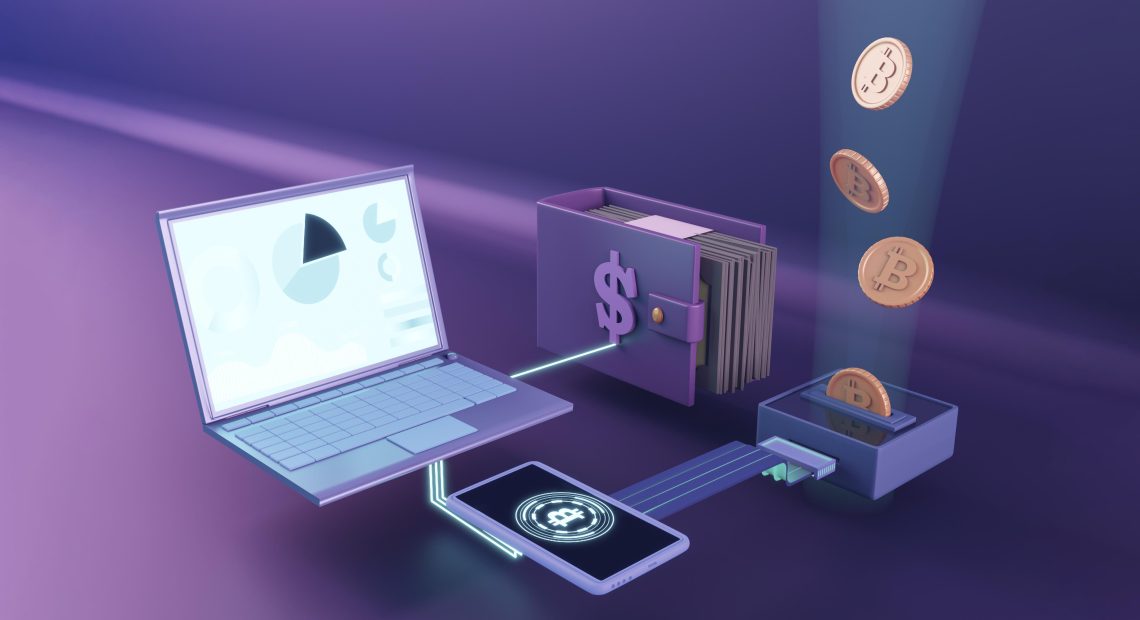 Blockchain; With the world of DeFi transforming before our eyes, staying ahead of new changes in fintech and digital currency is key to understanding the current market.

What is a Blockchain?

A blockchain network is a digital, encrypted, and decentralized medium of exchange. Unlike the US Dollar or the Euro, no central authority manages and maintains a blockchain’s medium of exchange’s value. Instead, these tasks are broadly distributed among a digital currency’s users via the internet.

Blockchain is a shared, immutable ledger that facilitates the process of recording transactions and tracking assets in a business network. A blockchain is essentially a digital ledger of transactions duplicated and distributed across the entire network of computer systems on the blockchain. Each block in the chain contains several transactions, and every time a new transaction occurs on the blockchain, a record of that transaction is added to every participant’s ledger. The decentralized database managed by multiple participants has distributed ledger Technology (DLT).

Blockchain is a type of DLT in which transactions are recorded with an immutable cryptographic signature called a hash. This means advanced coding is involved in storing and transmitting digital currency data between wallets and public ledgers. Encryption aims to provide security and safety.

Bitcoin was the first decentralized blockchain conceptualized by Satoshi Nakamoto in a 2008 paper titled “Bitcoin: A Peer-to-Peer Electronic Cash System.” Nakamoto described the project as “an electronic payment system based on cryptographic proof instead of trust.” Since then, over $7 trillion worth of bitcoin has been transferred.

Blockchain and its legal considerations

Along with the explosion of interest in blockchain, there is a growing need for clarity regarding the legal implications of these new currencies and the technologies that drive them.

One of blockchain technology and digital currencies’ most striking features is their self-executing “smart contracts.” Smart contracts are a set of promises, usually specified in a digital currency format, that act as the basis upon which the parties in a transaction fulfil their specific promises. A smart contract automatically pays the other party when performing their contractual duties. Due to smart contracts’ unique nature and inherent complexity, whether they fit into the legal framework of traditional contract law is difficult to determine.

Since the nodes of a blockchain transaction are located in different jurisdictions, they may be subject to conflicting legal frameworks.

Digital currency software’s “residence country” is challenging due to the ledger’s lack of a physical location.

For any national regulator, enforcing laws among blockchain users, transactions, or projects is herculean because of the technology’s cross-border reach.

Data theft and financial fraud are additional pressing legal concerns surrounding distributed ledger technology. The blockchain’s promise of anonymity—and its apparent freedom from regulations—can entice many users involved in illegal activities to use digital currencies for their financial transactions.

Several commentators suggest blockchain transactions provide criminal organizations with a new way to commit fraud, money laundering, and other financial crimes. This criticism stems from currency traders’ ability to remain anonymous. Indeed, these mediums have been used for “dark-market sites,” where criminals can buy and sell illegal items with little chance of being identified. Various governmental agencies have labelled drug dealers exchanging drugs for digital currency as the “new generation of criminals.”

The IRS has defined digital assets as property rather than currencies in the US. This means that individual investors are subject to capital gains tax laws when reporting profits and expenses on their annual tax returns, regardless of where they purchased digital coins.

Legal and Regulatory Concerns for Investors

Since February 2020, blockchains such as Bitcoin have been legal in the United States—and most other developed countries, such as the United Kingdom, Japan, and Canada. However, although the IRS considers Bitcoin and other virtual currencies legal, some concerns still surround their legal validity.

Any centralized issuing authority does not back digital assets, and intrinsic goods, such as gold or silver, do not underlie digital currencies’ value. Instead, their value depends upon the value other owners and investors ascribe. Since any centralized regulatory body does not back them, investors may have few legal resources if any complications arise from their digital transactions or ownership.

Blockchain: Why it’s here to stay

Blockchains have been capturing headlines and investor attention for understandable reasons. However, the real question is, Will this last? After all, behind all the hype, issues with these digital-native currencies must be worked out. Investors and everyday money users don’t want to get caught holding a worthless asset. While questions abound about how things will eventually shake out, the burgeoning digital currency industry is here to stay.

All digital assets are very volatile and highly speculative bets. Investors (especially new investors) should exercise prudence. However, behind the wild fluctuations in value, digital currency is increasing adoption. According to a poll conducted by Pew Research in late 2021, only 16% of Americans have ever invested in, traded, or used digital currency. And according to Crypto.com research, global digital users approached 300 million early in 2022, just shy of 4% of the worldwide population.

Investing in blockchain and related assets like NFTs is risky. This is new tech and industry still in the very early stages of development. Just as the internet and the companies synonymous with it have drastically changed over the past two decades, so will the blockchain and digital space. As the tech matures, various uses will coalesce around a few leaders. In other words, out of the more than 10,000 digital currencies today, most will likely lose money if you buy them now and hold them for the long term.

Whether you’re looking for a secure and straightforward way to buy goods online, invest funds or experiment with new tech, blockchain may be just what you need. With instant settlements, zero or low fees, and increased security, digital currencies will undoubtedly increase in popularity. Thus, more and more people are looking for information on digital currency trading for beginners. By getting to grips with it now, you’ll know how to buy, sell and trade with digital as digital currencies evolve.

About the author- Pratik Gauri is the creator of the Fifth Industrial Revolution, aiming to transition the world from a ‘for-profit’ economy to a ‘for-benefit’ economy. He is the Founder and CEO of 5ire.org- where Blockchain meets Sustainability. Gauri’s entrepreneurial ventures are based on the United Nations Sustainable Development Goals (UN SDGs). In addition, he is a serial Indian social entrepreneur, investor, public speaker and writer. 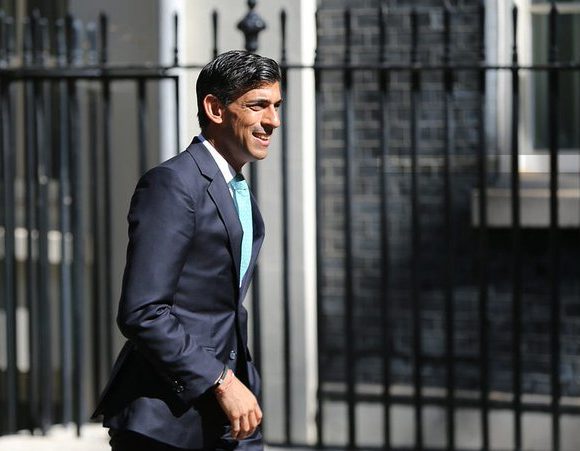 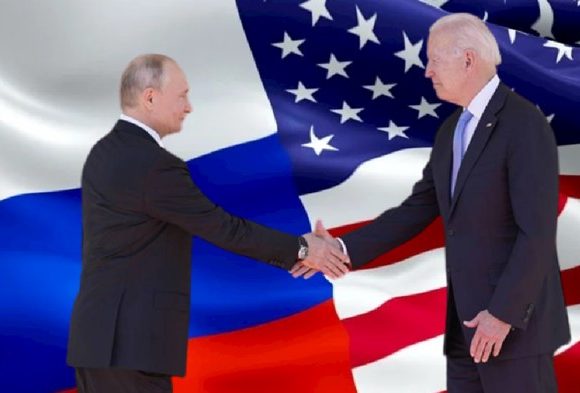 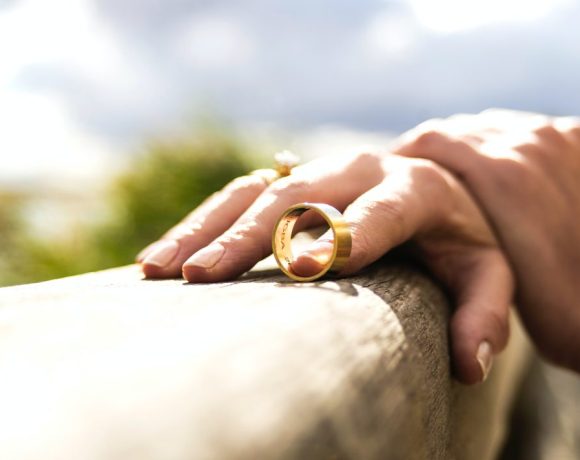 Reasons Why It’s Essential to Hire a Divorce Lawyer