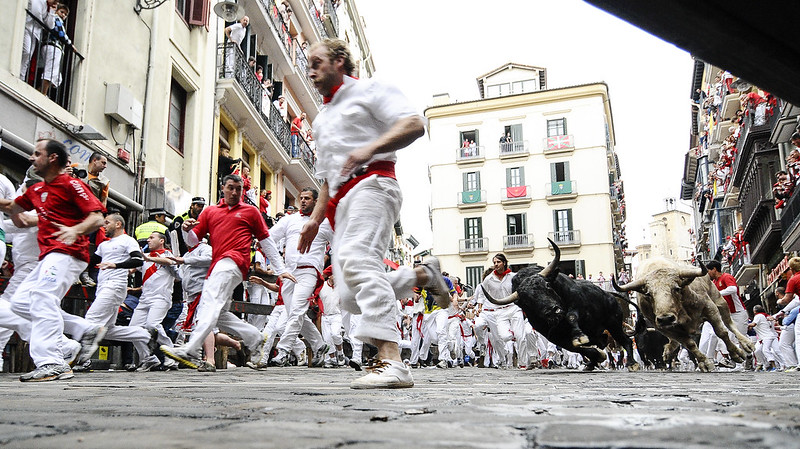 Pamplona (Spain)-Thousands of revellers erupted in celebration Wednesday as the traditional “chupinazo” firework was ignited to start the San Fermín bull run festival in the Spanish city of Pamplona, ending a two-year hiatus due to the coronavirus pandemic.

Rain did nothing to dampen the atmosphere as crowds, nearly all dressed in the traditional garb of white trousers and shirt with red sash and neckerchief, crammed the tiny town hall square for the noon event. After the firework exploded, the revellers continued spraying each other with red wine.

The highlight of the nine-day festival in the early morning “encierros,” or bull runs, starting on Thursday when thousands of thrill-seekers scramble like mad to avoid six bulls as they charge along a winding, cobblestoned route to the city’s bullring. Spectators watch from balconies and the wooden barricades set up to line the course. The rest of each day is for eating, drinking, dancing and cultural entertainment.

The festival was made world-famous by Ernest Hemingway’s 1926 novel “The Sun Also Rises.” Before the pandemic made it impossible to hold in 2020 and 2021, it hadn’t been suspended since the Spanish Civil War in the 1930s.

Former soccer player and coach Juan Carlos Unzué had the honour of launching the little rocket from the town hall balcony. Unzué had to retire from coaching in 2018 after being diagnosed with the neurodegenerative disease ALS, or amyotrophic lateral sclerosis.

“This ‘chupinazo’ is dedicated to all those health workers and people who helped us during the pandemic, and to all those suffering from ALS. Long live San Fermín,” he shouted from a wheelchair to the seething throng below.

Pamplona’s population of some 200,000 balloons to nearly a million on peak days during the festival, especially over the weekend, including many foreigners. Many visitors don’t stop partying through the night or grab some sleep wherever they can outside.

Pamplona mayor Enrique Maya told Spanish state news agency EFE that although there was a lot of excitement this year, he was a little worried.

“We have the feeling there is such desire among people to have a good time that it might get out of hand,” he said.

City officials have urged people to not forget that coronavirus infection are on the rise again and encouraged the use of masks. But the multitudinous runs and sideline parties will make this guideline very difficult to follow.

Normally the festival is relatively incident-free with most injuries occurring during the runs or through alcohol-related accidents.

Eight people were gored during the last festival in 2019. Sixteen people have died in the bull runs since 1910. The last death occurred in 2009.

Animal rights protesters have also become a fixture in Pamplona. On the eve of this year’s bull run festival, dozens of activists dressed as dinosaurs and held “Bullfighting is Prehistoric” signs as they ran the bull-run route to protest what they see as animal cruelty, urging tourists not to participate.

The bulls used in the runs are killed by professional matadors in bullfights each afternoon in the city ring.

Bullfights are protected under the Spanish Constitution as part of the country’s cultural heritage. The spectacle is still immensely popular although the movement against it has gained momentum. Animal rights groups cite Culture Ministry figures saying 90% of Spaniards did not attend any festival event involving bulls in 2014-2015, the last year the issue was surveyed.

A major cloud was thrown over the San Fermín festival by a gang-rape case in 2016 that shook the country, and city officials are highly sensitive to anything that may be seen as mistreatment of women.

Using the slogan, “Pamplona Free of Sexual Aggressions,” organizers have started a campaign this year to give out information and advice at a city-centre office to victims or witnesses of abuses, as well as to the general public.

The rape case eventually led to a bill that makes consent a key determinant in sexual assault cases, freeing victims of having to prove that violence or intimidation was used against them. 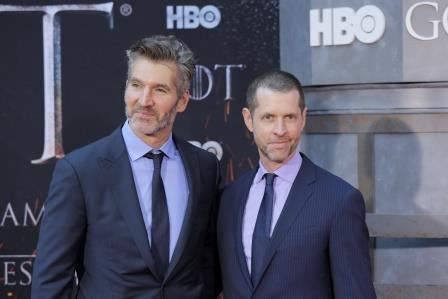 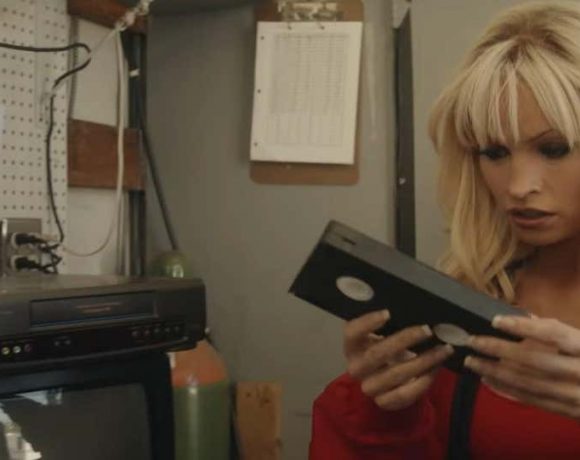 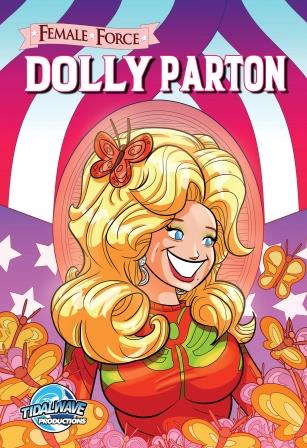