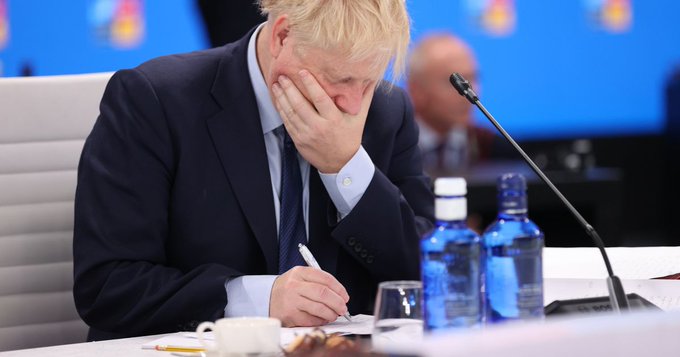 London(UK)- Boris Johnson was aware of claims about the Tory MP Chris Pincher when he gave him a plum job, Downing Street admitted today.

On Friday, Downing Street insisted Mr Johnson was “not aware of any specific allegations” about the MP when he made him Deputy Chief Whip.

But today, the Prime Minister’s official spokesman clarified that comment – to say he wasn’t aware of specific allegations “being looked at” at the time.

In fact, Mr Johnson was aware of “media reports that others had seen over the years and some allegations that were either resolved or did not progress to a formal complaint”, the Prime Minister’s spokesman said.

It comes after a weekend of questions for the Prime Minister about what he knew about Mr Pincher before February’s reshuffle.

Cabinet minister Therese Coffey yesterday told Sky News: “I’m not aware that he was made aware of specific claims about any particular incident.

“But you were asking about more general rumours – and I’ve no idea what conversations have been had.”

But former ally Dominic Cummings then alleged the Prime Minister had jokingly referred to Mr Pincher as “Pincher by name, pincher by nature”.

Downing Street refused to deny this today, saying: “I’ve seen those unsubstantiated source quotes – I don’t intend to respond to them.”

Clarifying what the PM knew in February 2022, his official spokesman said: “At the time of the appointment the Prime Minister was not aware of any specific allegations being looked at.

“This was an individual who had already served as a minister and under other Prime Ministers.

“In the absence of a formal complaint, it was not appropriate to stop an appointment on the basis of unsubstantiated allegations.

“Now, the Prime Minister was aware of media reports that others had seen over the years and some allegations that were either resolved or did not progress to a formal complaint.”

The spokesman would not say whether the PM thought Mr Pincher should resign as an MP, which would trigger a by-election in his Tamworth seat.

Angela Rayner tonight said the Prime Minister should have personally investigated the rumours about Chris Pincher to find out if they were true.

The Deputy Labour Leader told the Mirror at an event hosted by the IPPR think tank: “It speaks to the character of Boris Johnson.

“If you hear of stuff that goes on in your workplace you have a responsibility, whether you’re the Prime Minister or not, to find out what that is and find out if there’s any truth in what’s happened.”

“Because he doesn’t uphold the principles of public office, and therefore he demoralises people being able to come forward.”

She added: “It’s Boris Johnson that is the problem and he should have done something about it.

“It’s not plausible to me to turn round and say ‘well, it was just a rumour’. It’s your job to go out and find out if there’s any truth to that rumour.”

No10 was asked why Mr Pincher was handed the role of deputy chief whip, which handed him some responsibility for the welfare of MPs.

The spokesman said it was a matter for the whips, but added: “Clearly, as with any appointment you would seek to appoint someone with the skills required and that was the view at the time of the appointment.”

The Prime Minister also came under fire for claiming Pincher did the “decent thing” by quitting his post on Thursday amid claims that he had groped two men at the Carlton Club the night before.

The PM delayed suspending the party whip from Pincher until Friday.

Yesterday Pincher faced claims of groping multiple MPs in the past decade.

Labour Chairwoman Anneliese Dodds blasted in a letter to Mr Johnson: “The British people deserve to know why Mr Pincher was appointed as the Deputy Chief Whip when he has a history of alleged inappropriate sexual behaviour.”

Pincher had previously quit the whips’ office in 2017 after a complaint that he had made an unwanted pass at former Olympic rower and Tory candidate Alex Story.

Mr Story alleged the MP had untucked the back of his shirt, massaged his neck and whispered: “You’ll go far in the Conservative Party.”

Pincher is alleged to have made further unwanted passes at two Conservative MPs in 2017 and 2018. Another Tory MP also claimed he was groped on two occasions by Pincher, first in December 2021 and again last month.

It was also alleged he threatened to report a parliamentary researcher to her boss after she tried to stop his “lecherous” advances toward a young man at a party conference.

A third unnamed Tory MP has been told to stay away from Parliament after being arrested on suspicion of rape and other offences.

Chris Pincher said in a statement that he would “cooperate fully” with an investigation by Parliament’s Independent Complaints and Grievance Scheme and that he was seeking “professional medical support”.

Neither he nor his lawyers responded to the specific claims when the Mirror contacted them yesterday. But newspapers published the allegations. said he denied them. 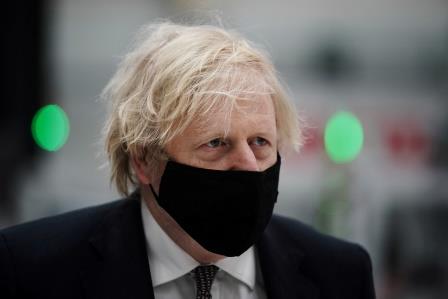 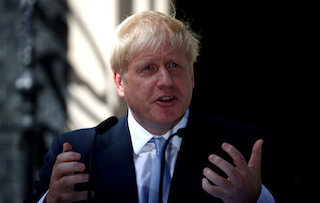 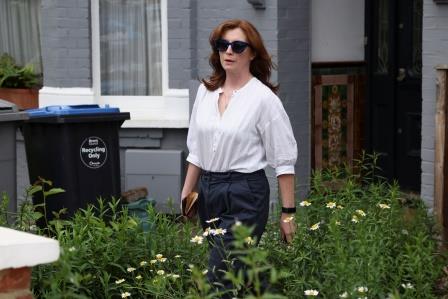