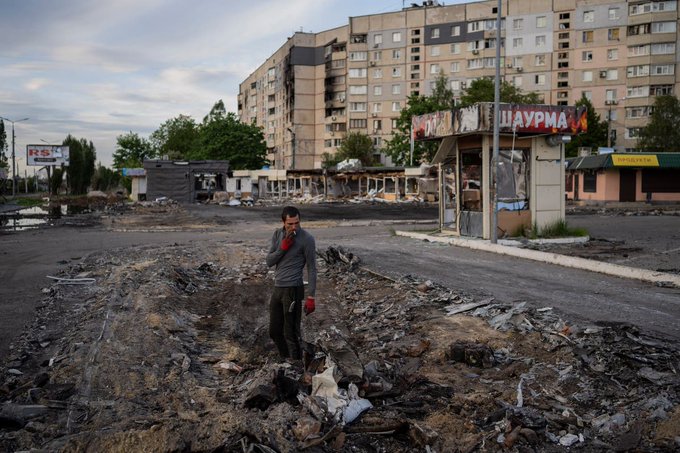 Kyiv(Ukraine)- With the number of defenders remaining in a steel factory in Mariupol dwindling, Russian commanders will face increasing pressure to reallocate troops from the strategic southern port city to bolster their offensive in eastern Ukraine, according to Britain’s Defense Ministry on Friday.

According to Russian authorities, more than 1,700 defenders of Mariupol’s Azovstal steel plant surrendered on Monday in what appeared to be the final stage of the nearly three-month siege of the now-pulverized port city.

An unknown number of defenders remain in the sprawling complex, the last bastion of Ukrainian resistance in the city — a target since the beginning of the invasion and now effectively under Russian control.

Russia will almost certainly use troops from the city to reinforce operations elsewhere in the eastern industrial Donbas region if the factory falls. Still, the duration of the stiff resistance will complicate or prolong that manoeuvre, according to Britain’s Ministry of Defense in a daily intelligence report.

“Staunch Ukrainian resistance in Mariupol since the beginning of the war means Russian forces in the area must be re-equipped and refurbished before being effectively redeployed,” the ministry wrote on Twitter.

“Russian commanders, however, are under pressure to achieve operational objectives demonstrably. Russia will probably redistribute their forces swiftly without adequate preparation, which risks further force attrition.”

Analysts have said it is likely that most of the Russian forces tied down by the battle there have already left.

However, how long the remaining troops in the Azovstal factory can still hold out is not clear.

In a brief video message Thursday, the deputy commander of the Azov Regiment, which led the defence of the steel mill, said he and other fighters were still inside.

“An operation is underway, the details of which I will not announce,” Svyatoslav Palamar said.

Ukrainian troops, bolstered by Western weapons, thwarted Russia’s initial goal of storming the capital, Kyiv, and have put up stiff resistance against Moscow’s forces in the Donbas, which President Vladimir Putin now has set his sights on capturing.

The International Committee of the Red Cross said Thursday that it had gathered personal information from hundreds of the soldiers who had surrendered — name, date of birth, closest relative — and registered them as prisoners as part of its role in ensuring the humane treatment POWs under the Geneva Conventions.

Amnesty International said in a tweet that the POW status means that the soldiers “must not be subjected to any form of torture or ill-treatment.”

At least some of the fighters were taken by the Russians to a former penal colony in territory controlled by Moscow-backed separatists. Others were hospitalized, according to a separatist official.

Russian state television distributed a video showing what it said were wounded Ukrainian soldiers from the Azovstal plant in a hospital in the Donetsk region.

The dishevelled men, three to a room, lay in beds as they were fed and seen by doctors and nurses. A doctor, identified only as Natalya, said most were in serious condition with multiple fractures and that many would need prosthetic limbs.

One unidentified Ukrainian patient winced and groaned as a nurse changed a bandage on his leg.

“The most important thing is that the leg was saved,” he said in Russian. “The pain can be endured.”

While Ukraine expressed hope for a prisoner exchange, Russian authorities have threatened to investigate some of the Azovstal fighters for war crimes and put them on trial, branding them “Nazis” and criminals.

The Kremlin has seized on the Azov Regiment’s far-right origins as part of an effort to cast Russia’s invasion as a battle against Nazi influence in Ukraine.

Meanwhile, in the first war crimes trial held by Ukraine, Sgt. On Thursday, Vadim Shishimarin, a 21-year-old member of a Russian tank unit, told a court in Kyiv that he shot Oleksandr Shelipov, a 62-year-old Ukrainian civilian, in the head on orders from an officer.

Shishimarin apologized to the victim’s widow, Kateryna Shelipova, who described seeing her husband being shot just outside their home in the early days of Russia’s invasion.

She told the court that she believes Shishimarin deserves a life sentence, the maximum possible, but she wouldn’t mind if he were exchanged as part of a swap for the Azovstal defenders.

Also, more U.S. aid appeared to be on its way to Ukraine when the Senate overwhelmingly approved a $40 billion package of military and economic assistance to the country and its allies. The House voted for it last week. President Joe Biden’s quick signature was specific.

“Help is on the way, really significant help. Help could make sure that the Ukrainians are victorious,” Senate Majority Leader Chuck Schumer said.

In other developments, Gen. Mark Milley, chairman of the U.S. Joint Chiefs of Staff, spoke by phone on Thursday with his Russian counterpart for the first time since the war began, and they agreed to keep the lines of communications open the Pentagon said. 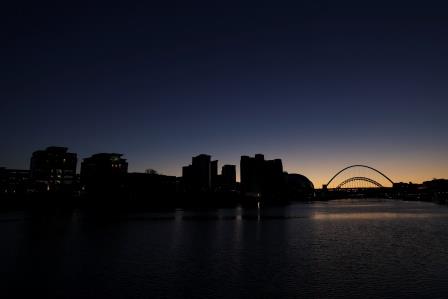 UK broadens English lockdown amid a surge in COVID variant 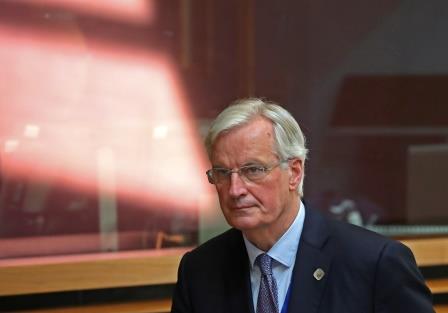 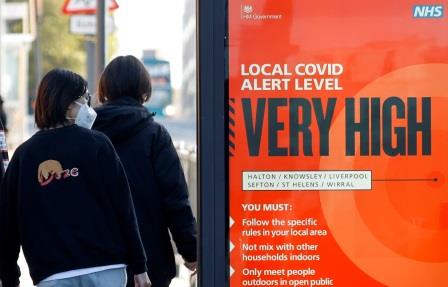