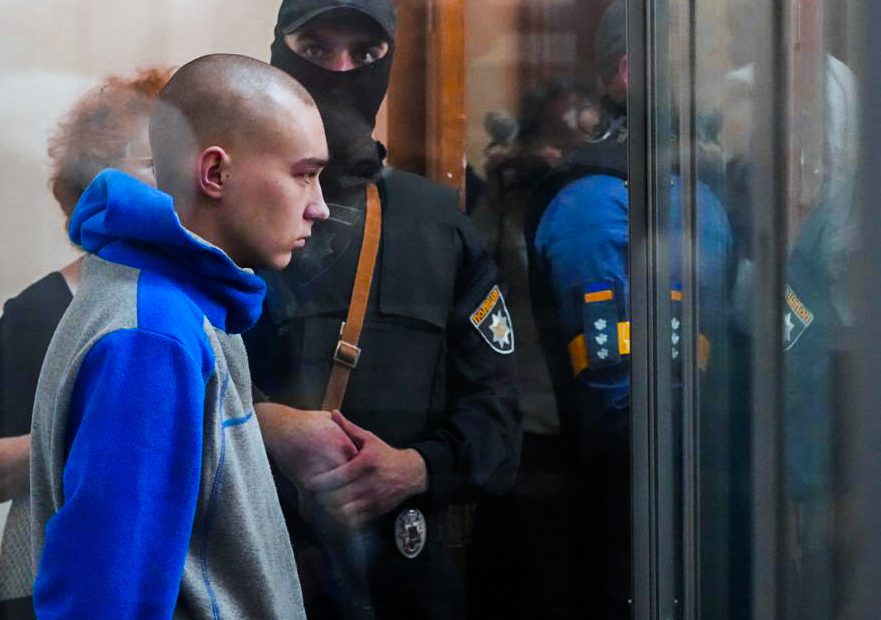 Kyiv (Ukraine)- Journalists packed a small courtroom in Kyiv to trial a captured Russian soldier accused of killing a Ukrainian civilian early in the war. The first of dozens of war crimes cases that Ukraine’s top prosecutor has said her office is investigating.

While the trial of Russian Sgt. Vadim Shyshimarin, 21, began in the capital; Russian forces suffered heavy losses in a Ukrainian attack that destroyed a pontoon bridge. According to Ukrainian and British officials, they were trying to cross a river in the east in yet another sign of Moscow’s struggle to salvage a war gone wrong.

Ukraine’s airborne command released photos and video of a damaged Russian pontoon bridge over the Siversky Donets River in Bilohorivka. And at least 73 destroyed or damaged Russian military vehicles in the region.

“Conducting river crossings in a contested environment is a high-risk manoeuvre that reflects the pressure on Russian commanders to make progress in their operations in eastern Ukraine,” the ministry said in its daily intelligence update.

In other headlines, a move by Finland and possibly Sweden to join NATO has been called into question. Turkish President Recep Tayyip Erdogan stated that his country is “not of a favourable opinion” of the idea. He accused Sweden, and other Scandinavian countries of supporting Kurdish militants and others considered terrorists by Turkey.

Erdogan did not explicitly state that he would prevent the two countries from joining NATO. However, the military alliance makes decisions by consensus, which means that each of the alliance’s 30 member countries has a veto over who can join.

NATO expansion would be a setback for Russian President Vladimir Putin, who launched the war in an attempt to thwart the alliance’s eastward advance. However, in the aftermath of Russia’s invasion of Ukraine, other countries along Russia’s border fear they will be next.

Shyshimarin confronts life in prison if convicted of shooting a 62-year-old Ukrainian man in the head through an open car window in a village in the northeastern Sumy region on Feb. 28, four days into the invasion.

The defendant sat in a small glass cage during the proceedings, which lasted about 15 minutes and will resume on Wednesday, dressed in a blue and grey hoodie and grey sweatpants. International observers will be watching the trial closely to ensure that it is fair.

Shyshimarin was asked a series of questions, including whether he understood his rights and wanted a jury trial. He declined the latter.

His Ukraine-assigned attorney, Victor Ovsyanikov, has acknowledged that the case against Shyshimarin is strong and has not indicated the soldier’s defence.

Shyshimarin, a member of a tank unit captured by Ukrainian forces, admitted that he shot the civilian in a video posted by the Security Service of Ukraine, saying he was ordered to do so. 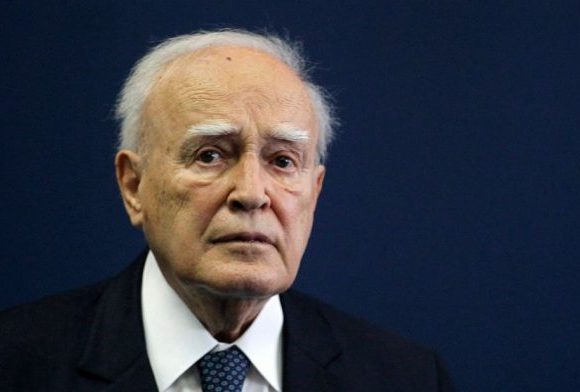 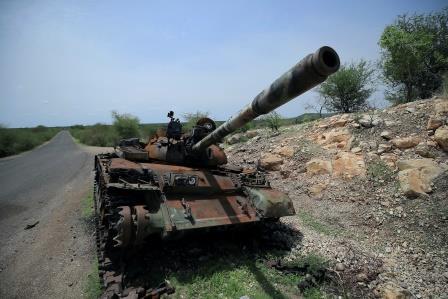 Forces from Ethiopia’s Tigray region say they are moving south