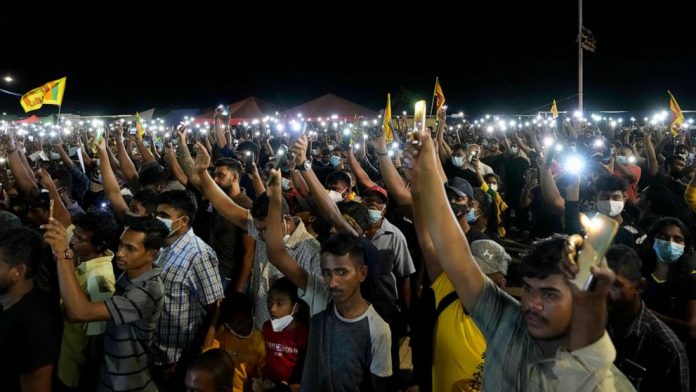 COLOMBO, Sri Lanka — Thousands of people across Sri Lanka took to the streets on Wednesday, a day after police opened fire at demonstrators, killing one person and injuring 13 others, reigniting widespread protests amid the country’s worst economic crisis in decades.

Protesters used vehicles to block key roads in many parts of the country as they demonstrated against the shooting as well as rising fuel prices and the government’s failure to resolve the deepening economic problems. The shooting was the first by Sri Lankan security forces during weeks of protests.

The shooting occurred Tuesday in Rambukkana, 90 kilometers (55 miles) northeast of Colombo, the capital. Fifteen police officers were also admitted to a hospital with minor injuries after clashes with protesters.

Sri Lanka is on the brink of bankruptcy, with nearly $7 billion of its total $25 billion in foreign debt due for repayment this year. A severe shortage of foreign exchange means the country lacks money to buy imported goods.

U.S. Ambassador Julie Chung and U.N. Resident Coordinator Hanaa Singer-Hamdy urged restraint from all sides and called on the authorities to ensure the people’s right to peaceful protest.

Chung also called for an independent investigation into the shooting.

Sri Lankans have endured months of shortages of essentials such as food, cooking gas, fuel and medicine, lining up for hours to buy the very limited stocks available.

Fuel prices have risen several times in recent months, resulting in sharp increases in transport costs and prices of other essentials. There was another round of increases earlier this week.

Thousands of protesters continued to occupy the entrance to the president’s office for a 12th day Wednesday, blaming him for the economic crisis.

Prime Minister Mahinda Rajapaksa said Tuesday the constitution will be changed to clip presidential powers and empower Parliament, amid growing protests demanding that the president and his powerful family resign.

Rajapaksa said the power shift is a quick step that can be taken to politically stabilize the country and help talks with the International Monetary Fund over an economic recovery plan.

President Gotabaya Rajapaksa, the prime minister’s brother, concentrated power in the presidency after being elected in 2019.

The Rajapaksa brothers are likely to retain their grip on power even if the constitution is amended, since they hold both offices.

Both the president and prime minister have refused to step down, resulting in a political impasse. Opposition parties have rejected the president’s proposal of a unity government but have been unable to put together a majority in Parliament and form a new government.

In a Cabinet reshuffle Monday, the president appointed many new faces and left out four family members who had held Cabinet and non-Cabinet posts, in an apparent attempt to please the protesters without giving up his family’s grip on power. 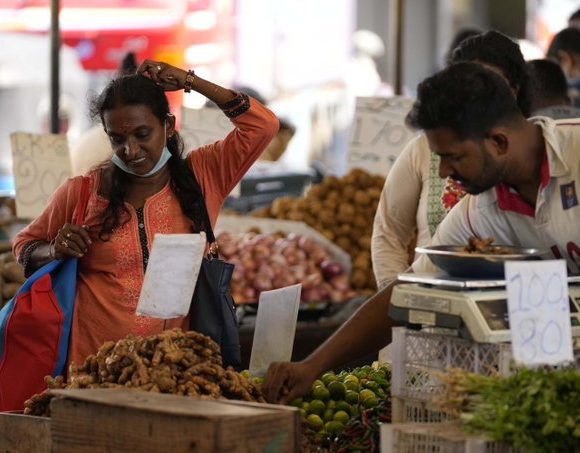 IMF agrees with Sri Lanka to provide $2.9 billion as a crisis relief 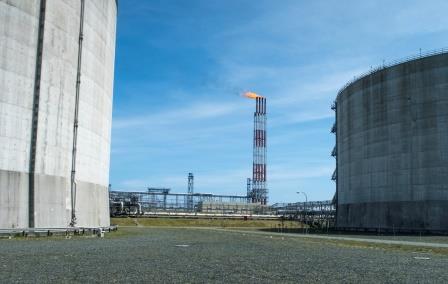 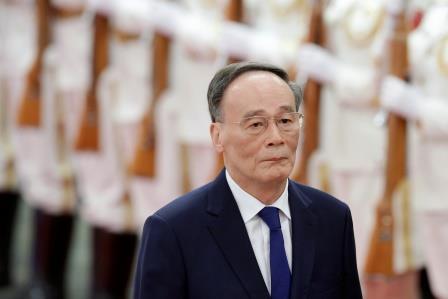