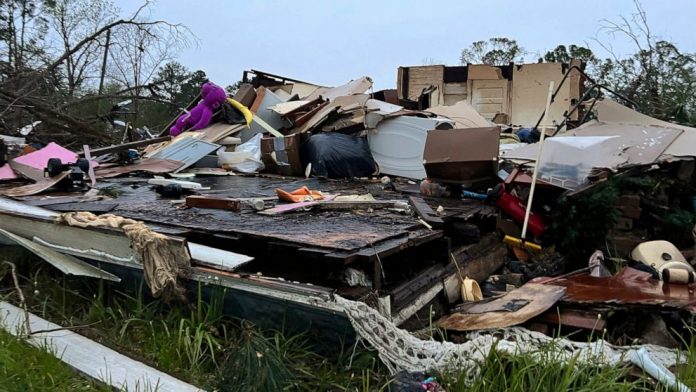 PEMBROKE, Ga. — Southerners were clearing trees from roads and buildings as weather forecasters planned to survey damage from several possible tornadoes in Georgia and South Carolina, but said that effort could be interrupted by the potential for more storms Wednesday.

Tuesday’s storms killed at least two people — one in Texas and another in Georgia — and left thousands of people without power across the South.

More than 7,000 customers in Texas and more than 5,000 in Georgia remained without power early Wednesday, according to PowerOutage.us, which tracks outages nationwide.

In southeast Georgia, a woman was found dead Tuesday night amid the shredded wreckage of her mobile home in the unincorporated community of Ellabell, said Bryan County Coroner Bill Cox.

“It was just completely ripped to pieces,” Cox said Wednesday. “It’s like it exploded.”

Cox said the dead woman’s husband was taken to a hospital with injuries. He did not give her name, saying relatives were still being notified.

A motorist’s cellphone video taken in Bryan County showed a large funnel cloud crossing Interstate 16 as drivers braked and pulled to the side of the roadway about 30 miles (48 kilometers) west of Savannah.

In the county seat of Pembroke, large sections of roof got torn off the courthouse and the entryway to a government building across was demolished. Several people in nearby neighborhoods were injured as their homes were damaged, said Matthew Kent, a Bryan County government spokesperson.

As the storms moved into South Carolina late Tuesday, debate was delayed for nearly an hour in the South Carolina legislature after the state House chamber was evacuated for a tornado warning for Columbia. The legislation being debated would require athletes to compete with the gender listed on their birth certificates.

In Alabama, the weather service said it was sending survey teams to examine potential tornado damage in the Wetumpka area. Lightning struck a flea market in the northern Alabama community of Lacey’s Spring, causing a fire that gutted the building, news outlets reported.

In Mississippi, fallen trees and limbs closed a stretch of highway for hours in Newton County.

Several tornadoes are expected across a large part of the South on Wednesday, the national Storm Prediction Center said.

“The atmosphere will be primed again for more severe storms as we go through Wednesday,” said Jared Guyer, a forecaster at the Storm Prediction Center in Norman, Oklahoma.

Parts of Georgia, Alabama and Tennessee will be at greatest risk of severe weather. That area of heightened risk includes several large cities, including Atlanta; Birmingham, Alabama; and Knoxville, Tennessee. 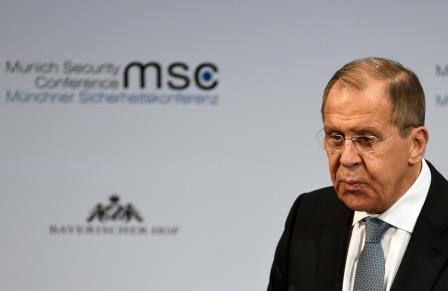 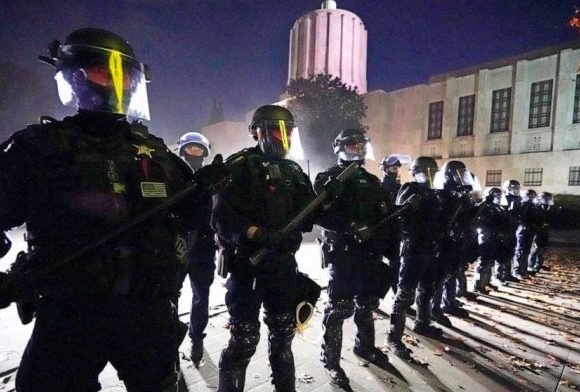 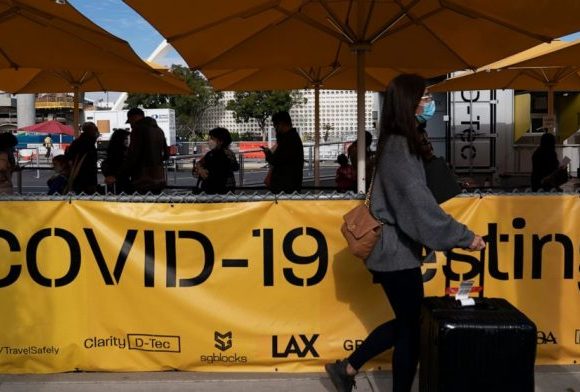