The Netherlands: First stop on a 30,000 km journey to Save Soil - British Herald

The Netherlands: First stop on a 30,000 km journey to Save Soil 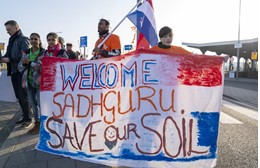 World-renowned guru and spiritual leader Sadhguru visits the Netherlands to spread the message that the world’s Soil needs Saving.

Sadhguru was greeted by a large group of local Save Soil supporters after arriving at the Hook of Holland, including Tjeerd de Groot, Member of the House of Representatives of the Netherlands, who

expressed his immense gratitude to Sadhguru for the critical endeavor to Save Soil.

His first stop was the Koppert Experience Centre. Here, he took part in a panel discussion alongside Rob Baan (Koppert Cress) and Meiny Prins (CEO of Priva, founder of the “Sustainable Urban Deltas” initiative), with a mixture of startups, students, agro/horticultural experts and media in attendance. This was followed by a reception at the Embassy of India, where he was received by the High Commissioner of India to the Netherlands and addressed an audience about the unfolding disaster of soil extinction and the migration of large populations into urban areas as a first step towards famine.

Over 2000 people attended the evening’s large Save Soil public event in Rai Amsterdam, hosted by well-loved Dutch radio DJ Giel Beelen. On stage with Sadhguru was internationally-celebrated actress Carice van Houten of the popular TV series Game of Thrones. In her conversation with Sadhguru, Carice expressed her deep concern for the soil, especially as the mother of a little boy. Sadhguru spoke about the importance of preserving this legacy for her child and future generations. After a sweet and unexpected

interruption when a little girl approached the stage to offer Sadhguru a pistachio, Sadhguru closed the talk saying that in case he doesn’t make it to the end of his trip, the youth must walk these 30,000 kilometers and make change happen.

Today he rode to Berlin, after stopping at the Floriade Expo 2022, the world’s largest garden expo, where he met with TV personality Lodewijk Hoekstra, who gave him a tour of the site and discussed what needs to change for the future of soil to be bright. 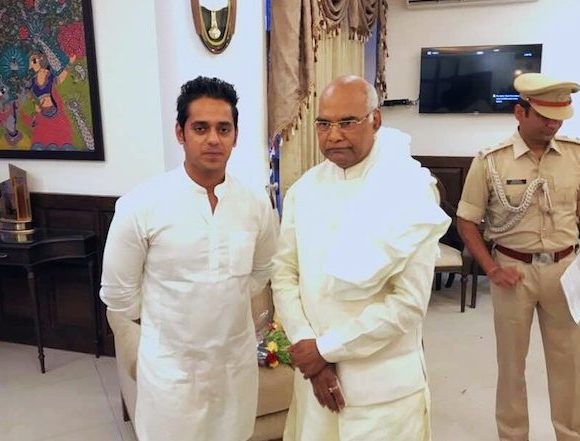 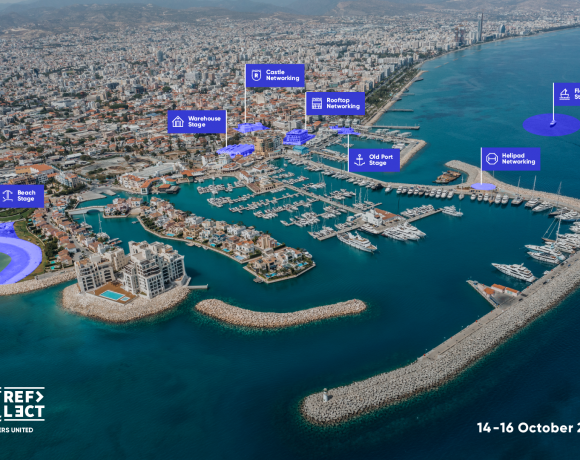 Reflect Festival: A Celebration of Technology 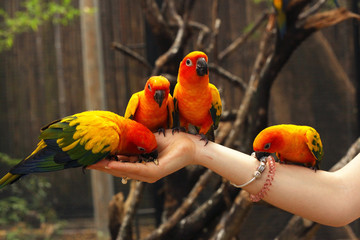