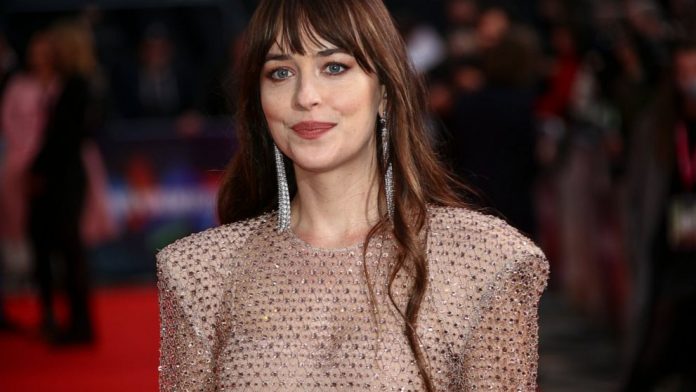 Dakota Johnson is having a big year. Not only is she part of one of the season’s big awards contenders in “The Lost Daughter,” but she’s also just debuted her company’s first two films at the Sundance Film Festival, “AM I OK?” and “Cha Cha Real Smooth,” which she produced and stars in, too.

The projects are quite different: In “AM I OK?” she plays a character in her early 30s in Los Angeles who is questioning her sexuality and figuring out who she is and wants to be, and in “Cha Cha Real Smooth” she’s the young mother to a teenage daughter who is autistic, who develops a unique relationship with a 22-year-old played by the film’s writer-director, Cooper Raiff. Both films are seeking a distributor.

Johnson spoke to The Associated Press about this new phase in her career and the benefits of being a producer. Remarks have been edited for clarity and brevity.

AP: How are you feeling that both films have screened for Sundance audiences?

JOHNSON: We were so excited to go to Sundance. It’s a really big deal. They’re my company’s first two movies and we made them both during the pandemic and we feel so proud. We really care about them and the people involved. So, it’s sad but it’s cool to have them be virtual because a lot of people that I didn’t know would be able to see it are reaching out, so that feels good.

AP: Do you feel a sense of ownership of these projects in a different way being a producer?

JOHNSON: Absolutely. The thing I loved the most was the editing process and scoring and color and things that I never get to be involved in as just an actress. I find myself often bumping up against that a bit in my career. I really care about my job. I love my job so much. And when I feel like my job as an actor or my participation in the project ends the day I leave set, it can be really difficult. It can be really sad when you don’t see anything or hear anything until or maybe you’re going to do ADR (re-recording audio) or you see it come out and sometimes it’s not what you thought it was going to be or it’s not the movie you signed on to. It can be painful for my artistic process. So this was really gratifying and fulfilling in a way that I really enjoy.

AP: Had you been wanting to start your own company, TeaTime Pictures co-founded with Ro Donnelly, for a while?

JOHNSON: I always wanted to do more. I always wanted to make my own movies. We started it almost three years ago. Ro, my business partner, was an exec at Netflix. We were friends first and I was just like, “I want to do this and do you wanna do this with me?” And that was a big thing because I was basically like, “You need to leave your very secure, comfortable, powerful job and take a chance on me”… It’s cool because now it’s really kind of thriving and it has a life and it has a heartbeat.

JOHNSON: I there were a few things that I loved, but I think it was the idea of a woman in her 30s still figuring out who she is. And I really love the idea of people being allowed to do that for their whole lives if they need to. I don’t think it is realistic to have everything figured out by a certain age. I loved the idea of somebody being afraid of their sexuality and the truth of it. And then the female friendship aspect, I liked that sort of more intense subject matter was infused in a sort of buddy comedy.

AP: “AM I OK?” was already in the works by the time you came on but with “Cha Cha,” you were really there from the beginning, right?

JOHNSON: We developed it from it just being the idea of a title of a movie. Cooper and I really fleshed out the dialogue and the characters and we fought so hard to get that movie made. We forfeited our fee. He forfeited his fee so that we could have enough money to make the film. And I just feel so incredibly proud that it gets to be involved in a festival like Sundance. It’s a real gift, even if that was like the end of the line for the movie, which like, I really (expletive) hope it’s not. 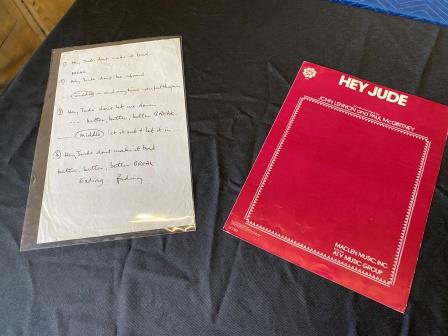 Handwritten ‘Hey Jude’ lyrics by The Beatles’ sell for $910,000 at auction 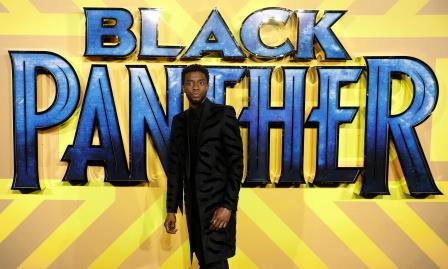 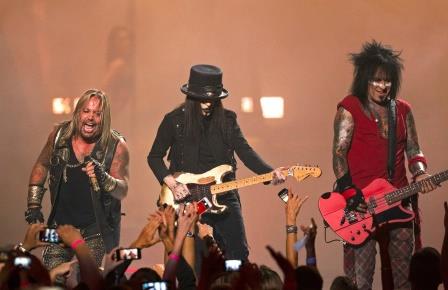