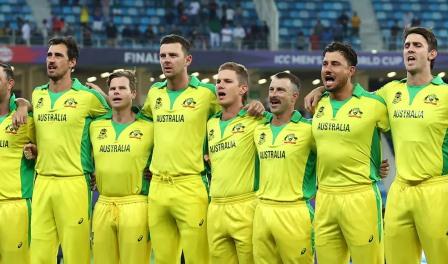 Back in 2020, the Australian women’s team won the ICC Women’s T20 World Cup in front of a record crowd at home at the MCG. Now, in 2021, the men have joined them as champions of the format and will go into the next edition in 2022, which will be held at home, as the defending champions.

Australia are no strangers to World Cup glory, having won the men’s 50-over title five times. However, until now, they had never quite cracked the 20-over format at the biggest stage, coming closest only in 2010, when they lost the final to England.

They came into this edition unfancied and undercooked, rarely having played together in T20Is and ranked outside of the top five in the format. Their squad was made up of stars, but many of them had not played the format for Australia very much, showcasing their prowess in Tests and ODIs instead while being rested for T20Is. Unlike some other teams, Australia did not seem to be overly driven by analytics either. There were also questions asked about coach Justin Langer’s style and hold over the dressing room.

But it all came together for them. They were slow starters in the tournament. However, doing the basics right, with a group of very skilled cricketers, they went from strength to strength. Peaking at the right time, several players made match-winning contributions and they ended up lifting an elusive trophy.

Here’s their journey to making it happen.

Australia’s bowlers got them off to a solid start, keeping their plans simple to an in-form South African line-up. Josh Hazlewood (2/19) and Glenn Maxwell proved hard to get away early on, before Adam Zampa struck twice in the middle overs.

A target of 119 should have been straightforward, but the Australian openers were undone by pace and the middle order kept in check by the spinners. At 81/5, they still needed 38 off the last 28 balls.

It took an unbeaten 40-run stand off just 26 balls between Matthew Wade and Marcus Stoinis to see them to safety with two balls to spare. And it wouldn’t be the last time the duo would pull off a rescue act.

David Warner’s return to form and the combination of Zampa and Mitchell Starc in the middle overs with the ball ensured Australia’s second straight win in the Super 12 stage.

Put in, Sri Lanka raced away to 78/1 in the 10th over before Zampa’s leg-spin and Starc’s searing yorker pulled things back. The Islanders collapsed to 94/5, before finishing on 154/6.

Warner, who had come in for criticism for his poor form, added 70 for the first wicket with Finch in just 6.5 overs. His half-century set them up to overhaul the target in just 17 overs.

Batting first for the first time in the tournament, Australia were brushed aside by England in a game coach Justin Langer later described as “sobering”.

Chris Woakes’ accuracy and the spin of Adil Rashid and Liam Livingstone reduced Australia to 51/5. Pat Cummins and Starc struck a few sixes at the end to give them something to defend.

But the target of 126 was never going to be enough against England. Jos Buttler was in imperious touch. Where the Australian batters were unable to find another gear on a difficult pitch, Buttler dug in before exploding.

In danger of being knocked out from the ‘group of death’ because of NRR, Australia quickly made up with a big win against a hapless Bangladesh side.

Zampa picked up a five-for after the pacers struck in the Powerplay, to bundle Bangladesh out for 73.

Finch dominated the chase, striking four sixes in his 40 off just 20 balls, while Mitchell Marsh validated his selection with three boundaries in five balls to finish the chase in just 6.2 overs.

Warner continued his fine form and Marsh confirmed that Australia had finally struck the right balance with their batting as the team put themselves in a good position to make the semi-final.

Hazlewood bowled good lengths to halt a frenetic West Indies start and finish with four wickets. Warner and Marsh then added 124 in just 75 balls, with both of them bringing up half-centuries to chase down 158.

Although South Africa won later in the day, so that all of England, Australia and South Africa had four wins in the group, it was Australia joining England in the semi-final, thanks to their improved NRR.

Like so many times before in the tournament, Australia seemed down and out before they fought back.

An unbeaten Pakistan side punished the bowlers, as fifties from Mohammad Rizwan and Fakhar Zaman took them 176/4.

At 96/5, and then needing 62 from the last five overs, Australia were in trouble before Wade and Stoinis swung for the ropes. Shaheen Afridi, one of Pakistan’s brightest spots all tournament, had Wade dropped and was carted for sixes off his last three balls.

An improbable chase was completed with a full over to spare.

Australia’s performance in the final followed the same formula that made them successful through the tournament: accurate Powerplay bowling, good figures for Zampa, and another Warner-Marsh special.

Hazlewood again enjoyed an excellent Powerplay, with his accurate line and length going for just 11 runs in his first spell of three overs. However, he dropped Kane Williamson and the New Zealand captain made them pay, changing gears to race away to 85 in just 48 balls. Starc came in for particular punishment, going for 60 in his four overs, as New Zealand posted a challenging 172/4.

However, Warner and Marsh never let the target seem too steep. Warner made 53 in just 38 balls, while Marsh, who began with a six first ball, took apart the Black Caps’ pacers and spinners. Needing to go at a run a ball in the last four, they eased to victory with plenty to spare. Marsh finished with an incredible 77* in 50 balls, with four sixes and six fours. 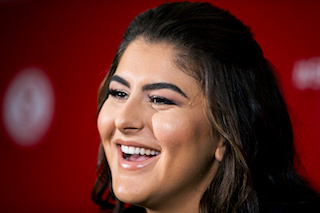 A bit more celebrating then back to work, says Andreescu 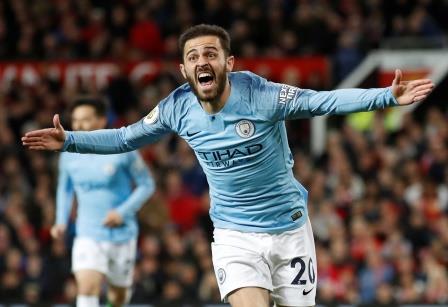