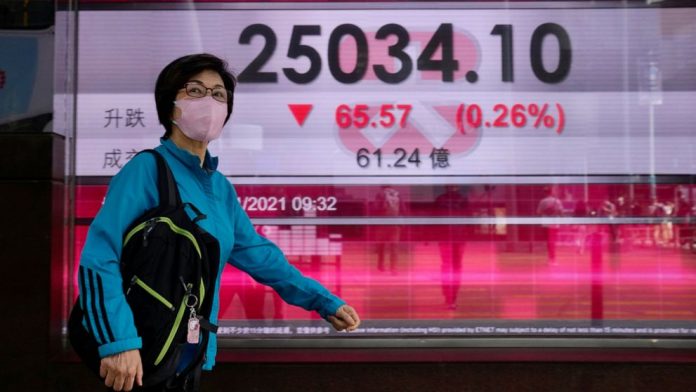 Shares were mostly lower in Asia on Wednesday, weighed down by concerns over disrupted supply chains and shipping, despite the Dow Jones Industrial Average’s first close above 36,000 points.

Benchmarks fell in most major markets apart from Sydney and Taipei. Tokyo’s markets were closed for a holiday.

Investors hit the pause button while awaiting comments from the Federal Reserve’s policy meeting Wednesday, when the central bank is expected to disclose plans to ease the extraordinary support measures to shore up markets and the economy during the pandemic.

The Fed’s chair, Jerome Powell, has signaled the Fed will announce after its policy meeting that it will start paring its $120 billion in monthly bond purchases as soon as this month. Those purchases are intended to keep long-term loan rates low to encourage borrowing and spending.

“Markets are largely in wait-and-see mode ahead of the U.S. Fed meeting. The question is not so much one of tapering, which at this point seems a foregone conclusion, but more about the timing of future rate hikes,” Mizuho Bank said in a commentary.

In remarks carried by the official Xinhua News Agency, Li said the government needs to provide more support for smaller companies, reduce taxes and fees, “do a good job in ensuring the supply and price stability of electricity and coal and take strong measures to support manufacturing.”

Most Asian countries have also kept their monetary policy loose to deal with the fallout from pandemic-related shutdowns and travel restrictions. But some central banks have begun easing up on the accelerator in response to surging prices.

That includes New Zealand, where the unemployment rate has fallen to 3.4%, its lowest level in 14 years, despite a lockdown in the largest city of Auckland, Statistics New Zealand reported Wednesday. The country’s share benchmark was barely changed.

New Zealand’s Reserve Bank doubled the benchmark rate to 0.5% last month in its first hike in more than seven years. The jobless figures, along with high inflation numbers, will keep pressure on the nation’s central bank to continue raising interest rates.

Technology and health care stocks helped power much of the advance. Losses in energy stocks and a mix of companies that rely on direct consumer spending tempered gains.

Investors have been mining corporate earnings for clues as to how companies are faring as the economy moves past the pandemic.

On Wednesday, benchmark U.S. crude lost $1.23 to $82.68 per barrel in electronic trading on the New York Mercantile Exchange. Brent crude, the basis for international pricing, shed 91 cents to $83.81 per barrel.

Later Wednesday, investors will get another update on services, which make up a big part of the economy, when the Institute for Supply Management releases its service sector index for October.

The central bank’s plan to trim its bond purchases also comes as businesses and consumers contend with higher costs for raw materials and finished goods. Supply chain problems are cutting into corporate finances and prompting companies to raise prices.

The employment market recovery is another focus for the central bank. The job market has lagged the rest of the economic recovery as people hesitate to return to work. Investors will get another update Friday when the Labor Department releases its jobs report for October. 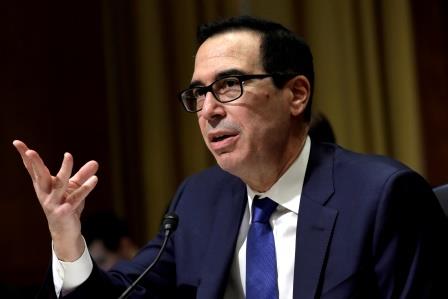 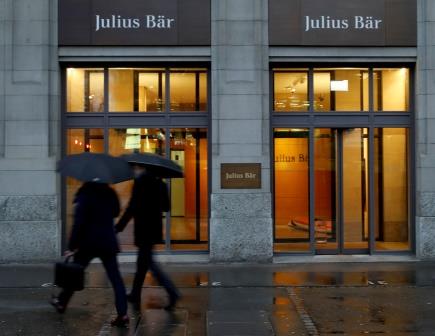 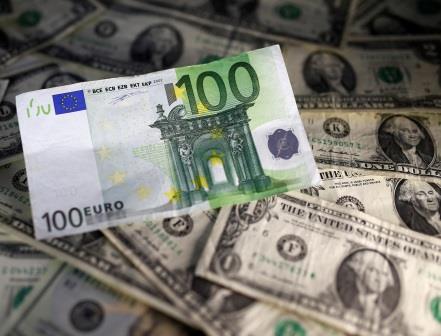