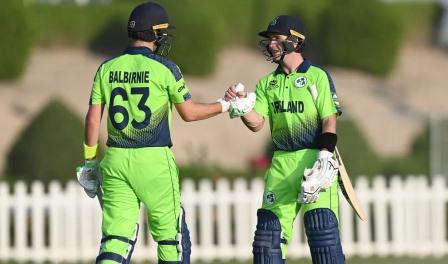 Ireland have regularly shown glimpses of what they are capable of on the big stage against the biggest of teams. However, over time, expectations have risen and the ICC Men’s T20 World Cup 2021 presents the perfect stage for Ireland to take the step up from underdogs to contenders.

With three victories in 15 Men’s T20 World Cup matches to date, it’s fair to say Ireland have saved their news-grabbing underdog stories for the other ICC World Cup.

But since finishing winless at the 2016 tournament, serious strides have been made. Returning as a Full Member, Ireland are now a mix of the veterans who helped forge the path of Irish cricket, and a new age of players inspired by the side’s giant-killing exploits of yesteryear.

Ahead of the opening game against the Netherlands in Round 1 of the T20 World Cup on 18 October, we take an in-depth look at their squad and their chances.

Ireland’s maiden T20 World Cup campaign got off to a great start with a win against Bangladesh in 2009 and they even managed to qualify for the Super 8 stages. But what followed was a string of disappointing performances in the 2009 edition and the two tournaments thereafter, where they went winless for eight games in a row.

The 2014 T20 World Cup ended in heartbreak as well after failing to get past the group stages despite winning two games after a heavy defeat to the Netherlands saw Ireland’s net run rate take a beating. In 2016 too, they went home without a win in the tournament for the third time.

However, they have made steady progress since the last tournament, with a good blend of youngsters and veterans coming together to help Ireland make considerable growth, especially in the shortest format of the game.

This time around, they have proven match-winners in the likes of Paul Stirling, Kevin O’Brien, Simi Singh and Andrew Balbirnie to go with youngsters such as Mark Adair, Gareth Delany, Curtis Campher, among others making their presence felt in their short careers so far and will be eager to make an impact on the big stage.

At the top of the order, its the experience of Stirling and O’Brien that shines through. Recently moving up to fourth on the men’s T20I run list, 31-year-old Stirling is in close-to-career-best form, while 37-year-old O’Brien boasts centuries in all three international formats, and a knack of performing on the big stage. Balbirnie will keep things ticking in the middle, with the youngsters dynamic in their approach to the middle order. Leg-spinning all-rounder Gareth Delany’s stand and deliver approach could cause headaches for opposition captains, while Harry Tector and Campher, 21 and 22 respectively, are busy players growing into their roles. Adair will likely be deployed at the death with his leverage and power hitting capabilities.

Pitted against Namibia, Netherlands and Sri Lanka, Andrew Balbirnie and his men will have to be at their best if they are to go through to the Super 12 stage.

The 2009 T20 World Cup saw 12 teams split into four groups of three and Ireland were pitted against India and Bangladesh in Group A.

In their first game, Ireland beat Bangladesh by six wickets and qualified for the Super 8 as The Tigers were eliminated after their second consecutive loss. The game against India turned out to be a dead rubber which the Irish ended up losing by eight wickets.

In the Super 8, Ireland were up against Sri Lanka, Pakistan and New Zealand in Group F. In all three games, Ireland failed to chase totals set for them and finished at the bottom of the table with zero wins against their name.

Gareth Delany made his debut for Ireland in 2019 and has made a huge impact in a very short period of time. A batting all-rounder by trade, Delany plays in the middle-order batter and can tonk the ball. He is also a handy wrist-spinner.

Given that Ireland play all their Round 1 games in Abu Dhabi, the same venue where they played four games during the qualifiers, Delany could well be their trump card.

Paul Stirling has been a cornerstone of Ireland’s white-ball formats ever since he made his debut in 2008 at the age of 17. Though he did not hit the ground running, Stirling quickly became Ireland’s go-to batter in the shorter formats and is now their highest run-scorer in T20I as well as their only batter to cross 2000 T20I runs.

In fact, since the last ICC Men’s T20 World Cup in 2016, Stirling is the second-highest run-scorer in the world, only behind Pakistan’s Babar Azam. In the 51 matches that he has played during that duration, the Ireland opener has scored 1704 runs at an average of 35.50 and a strike rate of 142.23.

He was also the leading run-scorer in the 2019 ICC Men’s T20 World Cup Qualifier where Ireland finished third to qualify for the 2021 T20 World Cup.

If Ireland are to make it out of Round 1, Stirling will have a pivotal role to play in it.

Ireland are placed in Group A with Namibia, Netherlands and Sri Lanka in Round 1 of the World Cup. The T20 World Cup has historically been Sri Lanka’s happy hunting ground and Namibia come into the tournament unbeaten in the calendar year.

In such a scenario,  Ireland’s opening match against the Netherlands could be the most decisive match for their chances of qualifying for the Super 12 stage. 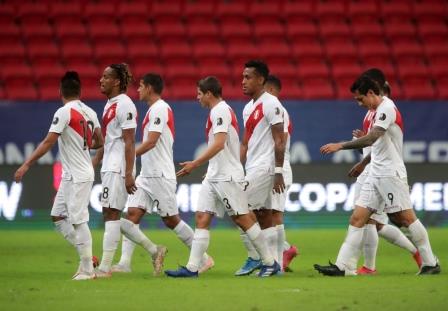 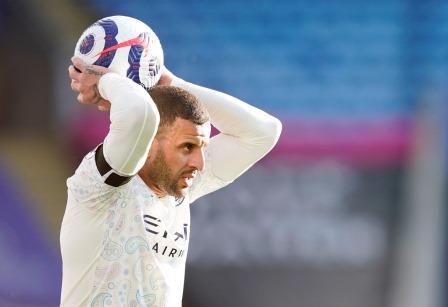 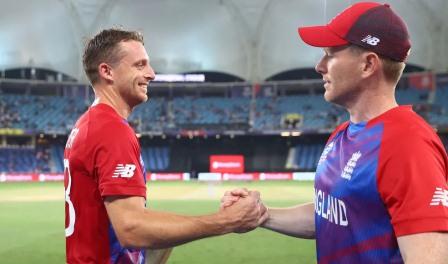