'Too good for you': What it's like on the receiving end of a Kohli masterclass - British Herald

‘Too good for you’: What it’s like on the receiving end of a Kohli masterclass 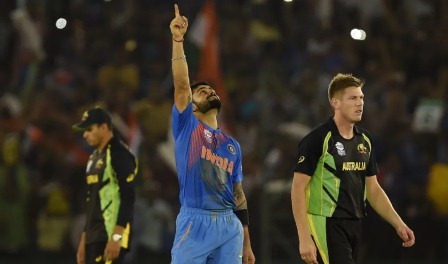 Over the course of his career, Glenn Maxwell has made plenty of jaws drop. At the 2016 T20 World Cup, the Australian found himself at the other end of one of those jaw-dropping performances as Virat Kohli stitched together one of the tournament’s greatest-ever innings.

“It was one of those times in T20 cricket where one player has a day out and is too good for you.”

Variations of that sentence have often been said of Glenn Maxwell, but this time around it’s the Australian doling out the praise.

The man and the moment he’s speaking of? Virat Kohli and his Mohali masterclass against Australia in the ICC Men’s T20 World Cup 2016.

In what was a quarter-final in everything but name, Australia faced India in the last match of Group 2 of the Super 10 stage. The two favourites to progress from the group, they had each suffered campaign opening defeats against New Zealand, leaving them in a sudden-death situation for the remainder of the tournament.

Australia had managed comfortable wins against Bangladesh and Pakistan to sit second in the group going into their final pool match but for India, it had been a much bumpier road. Against Pakistan, their ambitions nearly went down the drain as rain lashed Kolkata, eventually overcoming the downpour thanks to the hard work of the groundstaff, and their rivals thanks largely to a silky 55 from Kohli. A game later they beat Bangladesh by one run thanks to the ever youthful hamstrings of MS Dhoni.

Given the way India had whitewashed Australia earlier in the year, the momentum the Australians had built set things up perfectly, ensuring there was no clear favourite.

Electing to bat first, Australia managed a total of 160/6  – a total Maxwell believes was “decent” five years on.

It was a total that looked even better as Nathan Coulter-Nile removed Shikhar Dhawan early, and Shane Watson, determined to extend his international career, dismissed Rohit Sharma and Suresh Raina to leave India at 49/3 by the eighth over.

A rolled ankle to Yuvraj Singh had further stymied the Indians, with the veteran swinging in earnest before eventually limping off for 21 off 18. By that point, India’s required run-rate had climbed to 11.16 an over and before the end of the match it would get as high as 13.

Despite all of that, while Kohli was still there – and now in the company of Dhoni too – there was a sense that something special was coming and so it proved.

There were early signs that Kohli was in a mood when he opened his account with back-to-back fours off Josh Hazlewood but the Australians had managed to keep him in check for a while. The first 20 deliveries he faced brought him 20 runs, and he raised his fifty – almost unnoteworthy for Kohli that tournament – off 39 deliveries.

It was what came afterwards that was really special.

“I just remember Virat Kohli coming out and not missing the middle of the bat the whole innings,” Maxwell, an ICC Live the Game ambassador, recalled of the innings. “He played some of the most extraordinary shots. Just the way he manipulated our field and manipulated his hands around the ball and was able to just basically pierce gaps where there wasn’t gaps. It was just basically mastery of batting.

“It was hard not to watch in awe. Just an incredible innings. It was one of those times in T20 cricket where one player has a day out and is too good for you.”

READ MORE
Everything you need to know about the T20 World Cup
UAE and Oman give ‘best’ chance of smooth T20 World Cup
Prize money for T20 World Cup winners announced
Built from the ground up: The family dream behind Oman’s cricketing rise

With India needing 39 runs off the final 18 deliveries, and the excellent Watson’s spell over, Kohli pounced. In the space of three deliveries, the chase was reduced to 25 off 15 as Kohli pulled and guided Faulkner for back-to-back fours before driving him over the long-off boundary.

With 19 needed off the final two overs, he helped himself to four boundaries against Coulter-Nile, scoring through three of the four quadrants, going through point, fine leg and the covers twice.

At the start of the next over Dhoni connected sweetly with a slog to long-on to finish off the match but there were no doubts over who this victory belonged to.

Australia and India haven’t been drawn in the same group this time around, meaning if they meet in this tournament it will once again be a sudden-death match. If that comes about, Australia will be hoping lightning does not strike twice with Kohli. 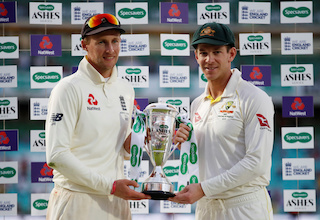 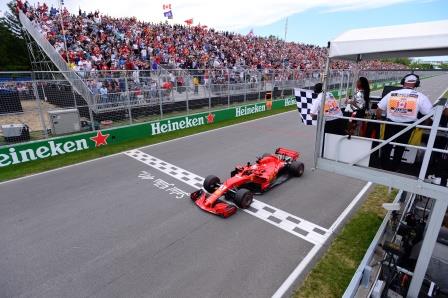 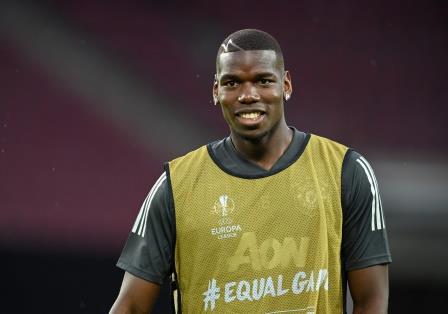