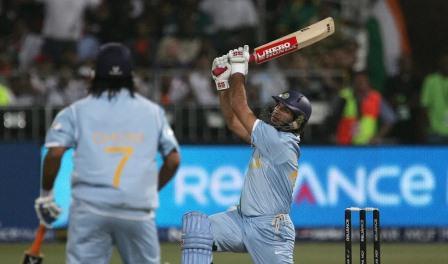 We have now entered the semi-finals of the postpe Greatest Moments bracket. Only 4 moments remain as we look to crown the greatest moment in ICC Men’s T20 World Cup history. Let’s take a look at the two match-ups to determine the final.

Check below to see what has happened so far and have a look at the upcoming match-ups.

On 3 April 2016, Carlos Brathwaite etched his name into West Indies and T20 World Cup history forever. A relative newcomer to international cricket playing just his eighth T20I, Brathwaite was the man charged with facing Ben Stokes in the last over of an epic final between England and the West Indies. Having only batted three times in a T20I before with a top score of 13, Brathwaite needed 19 runs to take West Indies home. He could have attempted to find a single to put the in-form Marlon Samuels on strike. Instead, he hit Stokes for four consecutive sixes, spurring those eternal words from Ian Bishop – ‘Carlos Brathwaite, remember the name.’

Sri Lanka had to overcome New Zealand to cement their qualification for the semi-finals in 2014. Rangana Herath rescued them after their chances to win had become negligible. A hapless effort from the bat could only give the bowlers 119 to defend. Herath’s immaculate performance in the match was kicked off by the run-out of Martin Guptill. In his first over, he bowled five consecutive dot balls that added the pressure on Brendon McCullum, who then stepped down the track to break the shackles. But Herath’s flighted delivery spinning away from him outdid McCullum with Kumar Sangakkara completing the stumping. Herath followed this with another maiden over while removing Ross Taylor and Jimmy Neesham for ducks in consecutive deliveries. Luke Ronchi and Trent Boult became the final victims of Herath’s torment that bundled New Zealand for 60 runs – their lowest T20I total.

It was a masterclass in executing a chase from Virat Kohli. India needed 161 against Australia in the 2016 T20 World Cup group encounter. The hosts lost their openers, but Virat Kohli got off to a flier with a flick of the wrist. With style and grace, Kohli calculated the chase to perfection. In the 19th over, Kohli blazed four boundaries off Nathan Coulter-Nile’s bowling to seal India’s spot in the semi-finals. Kohli’s expressive celebration was telling of what the feat meant to him.

Yuvraj Singh’s six sixes in an over

Before Stuart Broad came in to bowl the 19th over, Yuvraj Singh and Andrew Flintoff had a heated exchange that fired up the Indian batsman. Yuvraj started the over with a six in Durban that landed outside the ground. Then, on the next delivery, Yuvraj stood still and flicked the ball over backward square-leg for another six. Yuvraj completed the hat-trick of sixes with the ball swatted over extra cover and the fireworks were away. With nothing working for Broad, he decided to change the angle and come around the wicket, but to no avail – Yuvraj dispatched the juicy full-toss to backward point. On the fifth, Yuvraj went down on one knee to wallop one over midwicket. He sealed his place in history, clobbering one wide of mid-on to mark the first time six sixes were smashed in T20Is. In the process, he completed the fastest fifty in 12 balls. 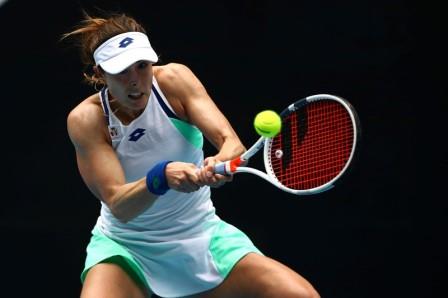 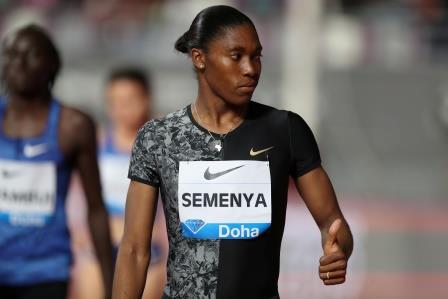 Caster Semenya in final attempt to qualify for Olympics 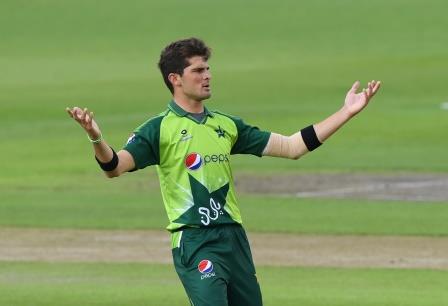 Pakistan wins over Zimbabwe, Shaheen gets his career best ‘five-for’