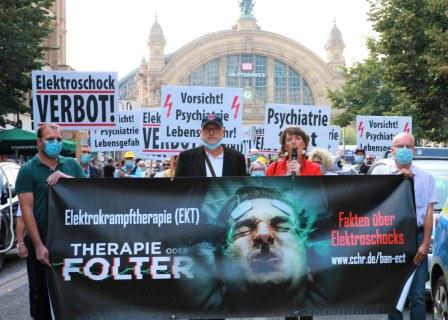 LOS ANGELES – At a rally and demonstration in the heart of Frankfurt, Germany, Citizens Commission –on Human Rights (CCHR) demanded transparency and an end to electroshock (ECT) in the country.

Several people attending the rally expressed their shock that electroshock is still practiced in Germany.

Volunteers dragged a giant gravestone down Kaiserstrasse that bore the inscription, “In memory of 60,078 deaths in German psychiatric hospitals 1991-2017.”

The reasons CCHR is demanding an end to ECT are described in the film Therapy or Torture: The Truth About Electroshock. According to the documentary:

“On an immediate basis, we demand transparency of finances, side effects and deaths,” said CCHR Germany spokesman Bernd Trepping, “and a ban on the use of electric shocks in psychiatry. ECT is torture, not therapy.”

CCHR Germany delivered letters to 10 local psychiatric institutions demanding under the state’s Freedom of Information Act that they disclose how many electroshocks they administer each year and how many of those patients died after the treatment.

Citizens Commission on Human Rights is a nonprofit charitable mental health watchdog established by the Church of Scientology in 1969, dedicated to eradicating psychiatric abuses and ensuring patient protections.

Therapy or Torture: The Truth About Electroshock and the work of CCHR Germany’s Berndt Trepping and Nicola Cramer can be viewed on the Scientology Network on DIRECTV Channel 320 and streamed at Scientology.tv, on mobile apps, and via the Roku, Amazon Fire and Apple TV platforms. 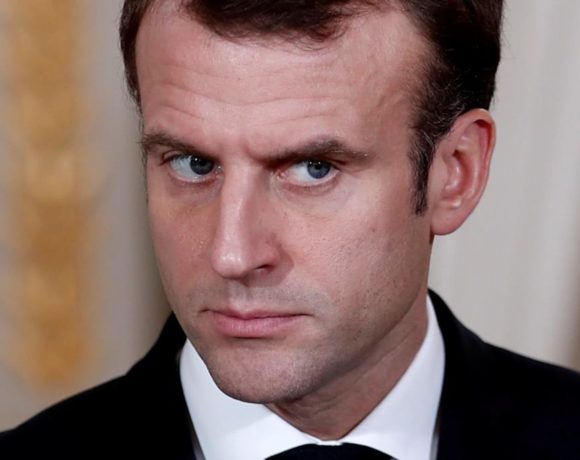 France vows aid for Burkina, but no more troops to fight Islamists 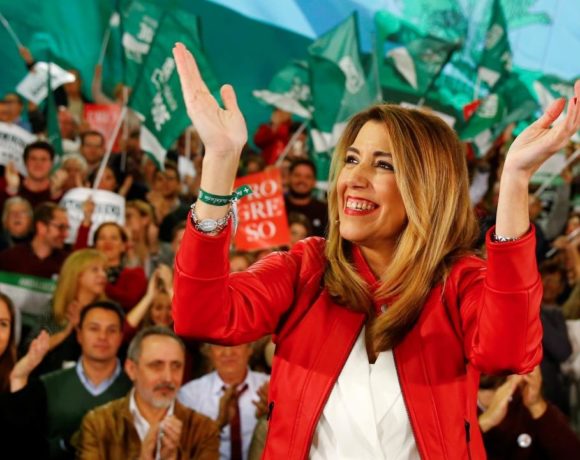 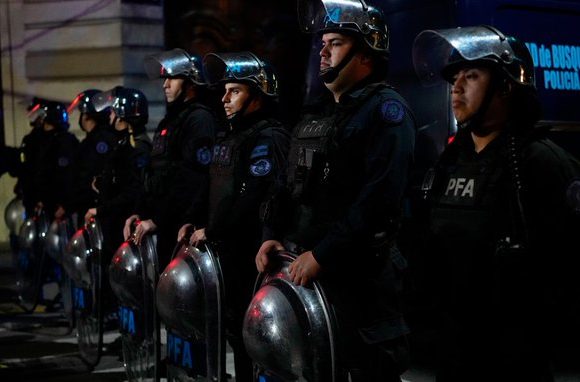