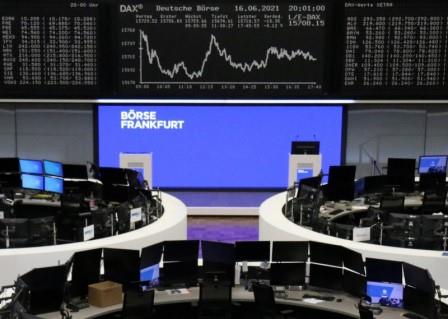 Federal Reserve surprised investors by taking a hawkish tone to its policy. This in turn led European shares to fall from record highs after tracking declines on Wall Street. CureVac sank 40% after failing in a pivotal COVID-19 vaccine trial.

The pan-European STOXX 600 index was down 0.3%, snapping a nine-day gaining streak, after the Fed said it could begin raising interest rates a year earlier than expected. S&P 500 futures fell 0.5%.

Mining stocks shed 1% as the U.S. central bank’s comments lifted the dollar and dented commodity prices. Utility and technology shares were also among the biggest decliners in morning trading.

The Fed’s tone on tightening its pandemic-era policy was also notably different from the European Central Bank’s stance last week, when it said it was too early to debate closing the money taps despite a recent rise in inflation.

“While central banks may seem fairly relaxed about the inflation outlook, they still have to look a lot further out, and if the economy improves as expected, monetary policy will have to change,” said Michael Hewson, chief market analyst at CMC Markets UK.

“The fact that the Fed is slowly preparing the ground now may be unsettling for markets, but it is also necessary, and in the here and now, monetary policy still hasn’t changed that much.”

With the benchmark European stock index shrugging off inflation concerns to gain for four straight weeks, all eyes on Thursday will be on final May inflation numbers for the euro zone, due at 0900 GMT.

In company news, German biotech CureVac NV said late on Wednesday its COVID-19 vaccine missed the main goal in a late-stage trial, raising doubts about the potential delivery of hundreds of millions of doses to the European Union.

The company’s shares sank 44.3% and were on course for their worst session since their August 2020 U.S. IPO.

European travel stocks rose 0.5% as Britain said it was considering allowing those who are double vaccinated against COVID-19 to enjoy a foreign holiday without intrusive red tape.

British Airlines-owner IAG, easyJet and Ryanair jumped between 3.5% and 4.2%. 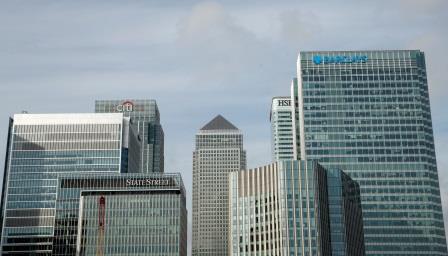 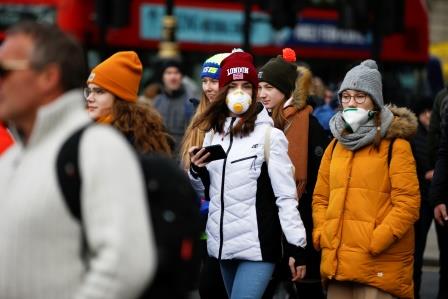